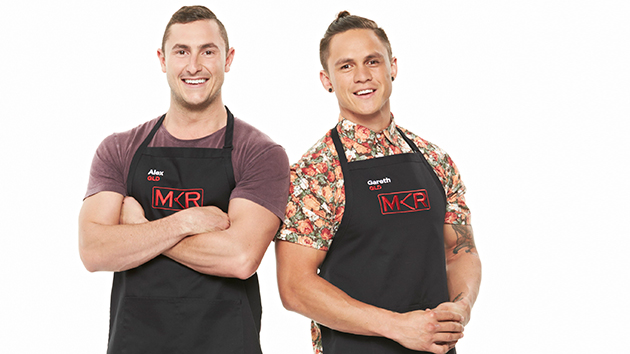 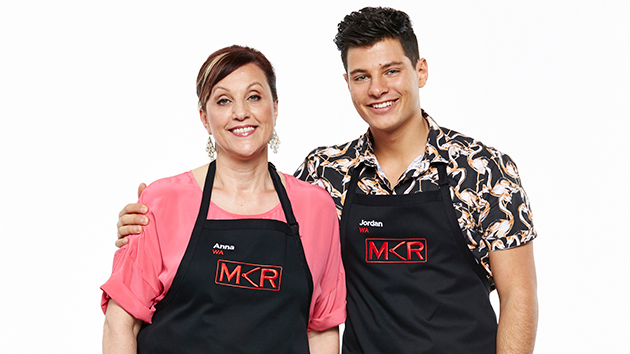 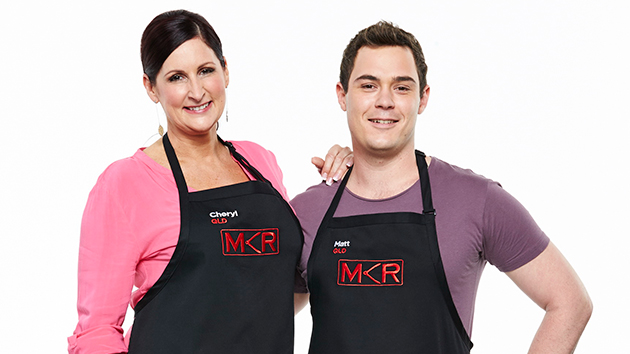 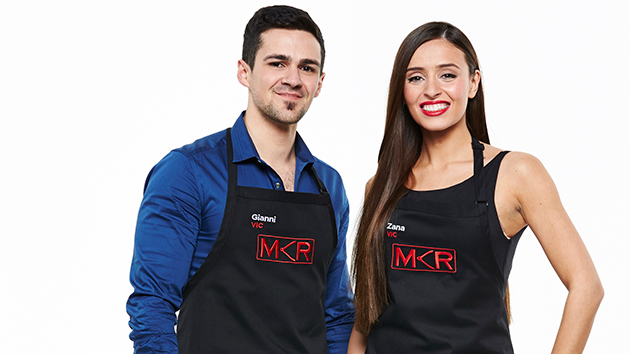 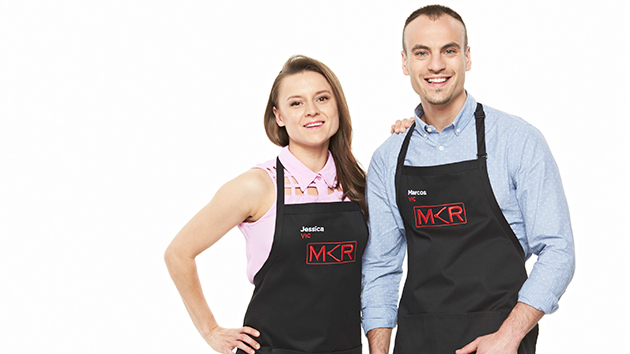 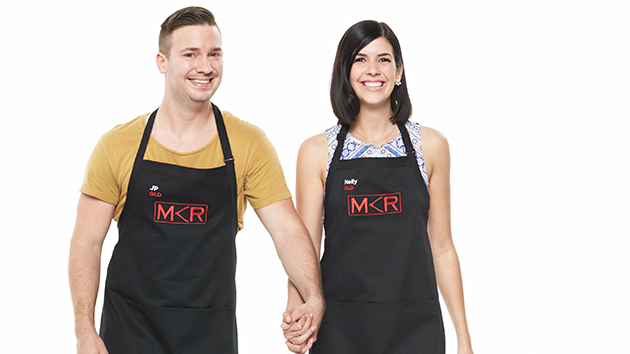 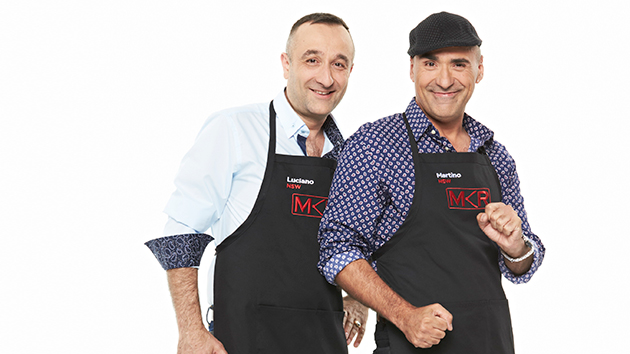 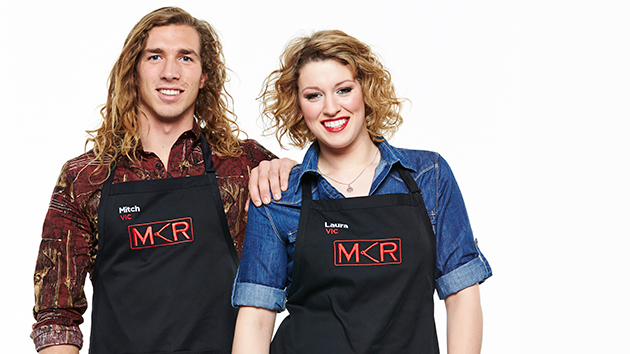 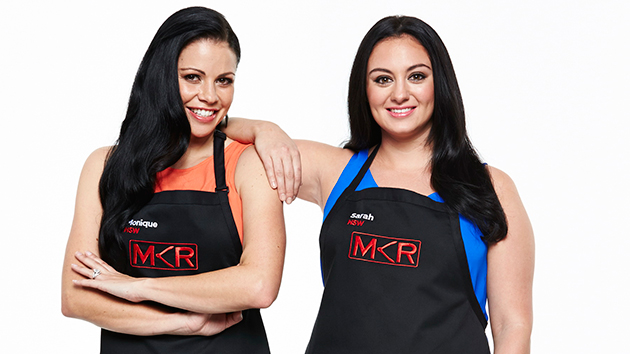 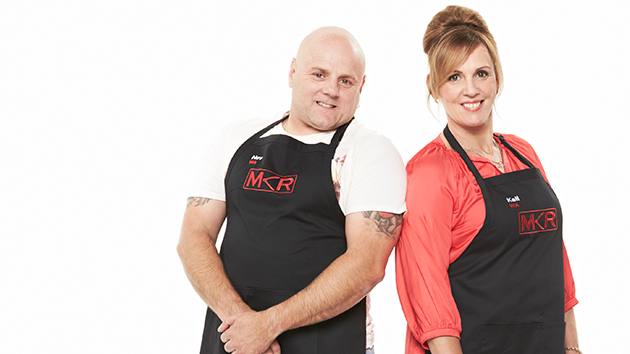 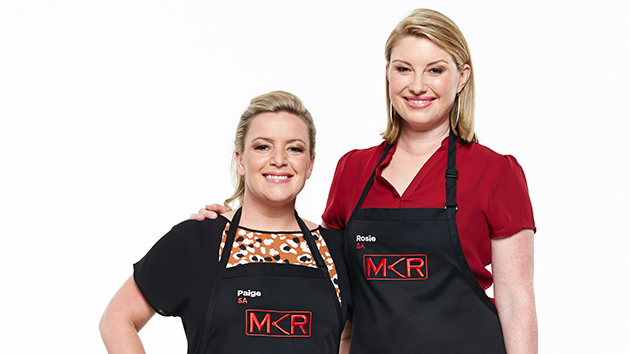 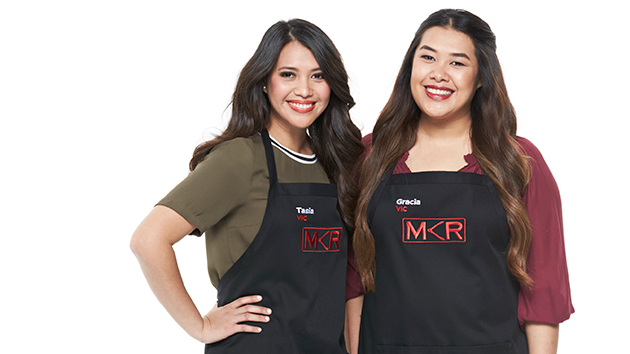 It’s Tuesday night and time for the second, hopefully more impressive, round of MKR.

It’s the Curly Wurlies and the establishment shots will make everyone want to visit Mornington Peninsula in Vic. Gorgeous. Wikipedia says their home town of Shoreham only has 400-odd people.

Being farm kids they are big fans of nose-to-tail eating so let’s hope they serve up some offal. Who’s most likely to declare they don’t eat offal …  There has to be one.

They are smart not to list every ingredient of the dish on the menu, as teams are always marked down for leaving off elements. Uh oh, the butcher does not have the right cut of boar and we know Coles will be no help.

Back home and the clock is already ticking. Love the nature-themed decorations after last night’s cop kitsch.

Curly Sue is only 18 but she is smart appointing herself head chef AND both have tied back their hair – hooray.

They churn their ice cream first, which is smart. Their dessert sounds fabulous – chocolate and cherry are a match made in heaven. It’s time to get changed and they don’t seem to have prepped entree or dessert.

Here are the guests – please tell me Zana (Lippy Chick) is going to stack it in a puddle in her white dress. Darn it – she’s makes it. Cops Monique and Sarah have to play catch up getting to know the others. Lawyer Zana continues her fine form of last night with: “Every police officer I deal with is horrific.” Yeah, smart move when they’ve yet to score your food, Zana.

Entree is actually smoked venison, roasted beetroot, blackberries, mushrooms and a mustard mousse. These kids have been watching modern English cooking shows. It’s no goat’s cheese tart. The venison looks to be different sizes which could prove tricky, as it’s a quick-cooking meat.

Ding dong – judges! Curly Sue tries not to fangirl over Manu this time.

While the guests are peckish they refrain from nibbling on the termites that crawl out of their mossy placements. Zana’s face is, yet again, priceless. Plus One is definitely the spider killer of the couple. 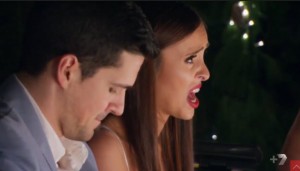 Urgh … food made by uni students.

Rosie and Paige from SA again prove they are the queens of the confessional, coming up with the one liners. Paige bets Manu $10 there will be smoky theatrics with the entree and we know from the ads she’s right.

Oh no – the venison is way over. It’s going to be tough. Their plating is so pretty, even before the cloches filled with smoke go on. Will the smoke impart enough flavour, though?

The judges are chewing, chewing when poor Curly Sue realises she forgot the jus. Never forget the sauce, Curly Sue! When the ads are over I just know Manu will look at her with his sad French eyes.

Here we go … Manu loves the theatrics of it all BUT he misses the jus and the meat is not rare. Pete gives them props for having a real crack at it.

Curly Sue left the boar in the pan too long but thinks she got away with it. Because it’s the wrong cut they have to pan sear instead of roasting it as described on their pared-back menu. So next time their menu will just read: Meat. More Meat. Sweets.

Would you try this at home? #WhizzKids #MKR pic.twitter.com/sv54FRztsp

Even though they ditch their gross-tasting jus the plate looks lovely. Pete gives them a mild roasting over their meat but is still delighted by the dish, despite not liking the cranberry sauce. Manu is pro-sauce but also wants a jus. He has high hopes for their future dishes.

Cougar Town ensures the others have room for dessert by making them do a little vom-vom in their mouths with descriptions and actions of her kissing style.

Surfer Mitch is packing  it that he has to flip the mousse cake but he does well. Again their plating works well but they have to have to plop melting ice cream on to each plate. Did they leave it under the camera lights for too long? Just call it a chocolate sauce, kids.

Anyone else dying to eat this RIGHT NOW?! #WhizzKids #MKR pic.twitter.com/9VpidyaLty

You can tell Manu is happy with the chocolate crack ( a noise up there with pork crackle crunch and creme brulee crack). Pete says the mousse cake was perfect but that the ice cream, molten or not, was unnecessary. However, Manu says it was all good, and he’s “sin a lot”. Sadly the barns have been set tonight, not razed. The others love the dessert so, strangely, Zana says it left a bad taste in her mouth.

Good to see fair scoring – they were so much more ambitious than the cops.

Curly Sue AKA Laura and her bro are stoked to get the first 10 of the comp, making a total of 89. They are easily safe.

Next time it’s Cougar Town, whose names are Cheryl and Matt and it looks like it is going to be a trainwreck, so  good  viewing.