Here’s a flashback for you: 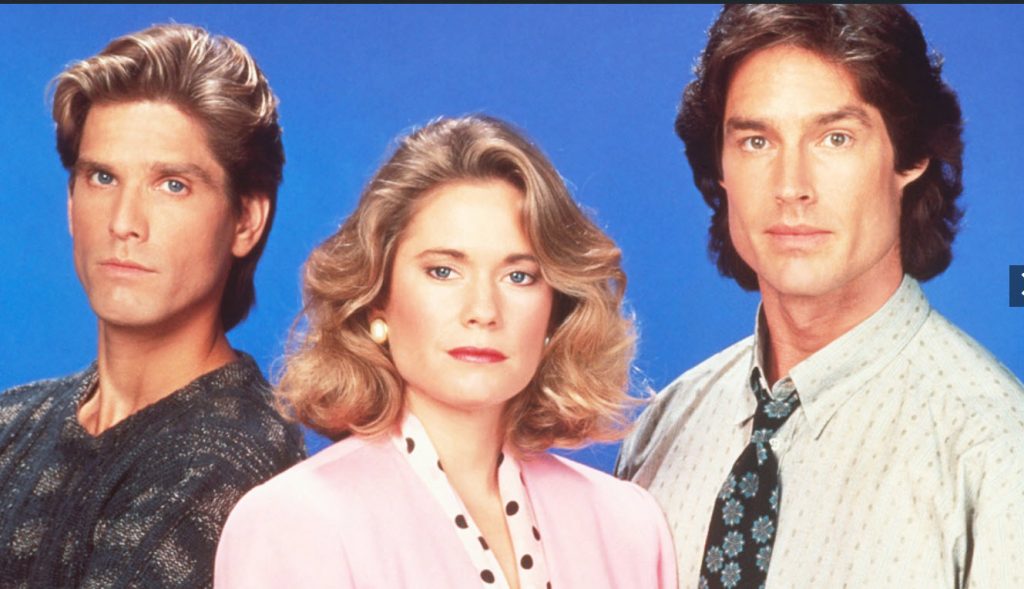 Thorne, Caroline and Ridge circa 1989

You can see some more old photos of the Bold cast here on TenPlay.
Over to Bold correspondent Daisy (thank you!):
Spring is in the air, and Stephie has burned her bras. She is roaring like Helen Reddy. I am so proud of her kicking Liam to the kerb. Let’s hope he stays kicked. But his interest in Stephie has been fueled by her unaivailability, and proximity. So Stephie has soared in his esteem. Meanwhile Bridge both continue to sell their daughters out to the little rooster who still wants them both. Brooke has hidden some of her pushing, meddling and Stephie bashing from Ridge, but she’s been happy to buy him revealing boxer shorts and invite him to give her a lap dance on the chaise longue; their choice of wind instrument still to be determined. 😂
Bill has his tail between his legs, but only as Bill can. He is just covering his evil tracks with some fake remorse. Justin lurks, just to provide a sounding board to Bill and to sometimes throw one of his rivals out of a helicopter.
There is a fresh story line in the bowels of Forrester Creations. Pokey young Emma feels threatened by Zander’s Sexy Ex; Skeletor Zoe. She has the body of a gazelle, but the head of a horse. It remains to be seen which of Zander’s love interests will have the most evil in her bag of tricks. Zoe could invite Zander to Harry’s funeral. Emma could attempt to frame Zoe for some internet crime. All we know for sure is that Zander seems to attract jealous women.
Maya might have her real life baby soon and be allowed to have some lines. At the moment she is only hanging around in the wings, and Rick has been even more absent. We don’t know who will rise from the producer’s ashes to create havoc. So far it’s been quiet with all bar the afore-mentioned.
I predict Bridge might have to hash it out over their daughters, and Quidge might return to fog up our flat screens. It’s been nice for Eric to enjoy some geriatric marital stability before the next storm hits his mansion. Surely we haven’t seen the last of Quidge.
Anyhow, it’s bloody cold in WA so let’s hope things heat up, on and off the screen.
Thanks to those who enjoy a read, a chat and a laugh, and who keep each other amused and updated. Cheers. ☕☕☕ Daisy.