Over to July chat host Bobi ( with thanks):
The Logies were on Sunday night and I tuned in …. and then out.

When Leila walked on in that frou frou red dress with the barn door sleeves and the split in the skirt up to and including the wazoo, I knew we were in for an excruciating night – and I wasn’t wrong. 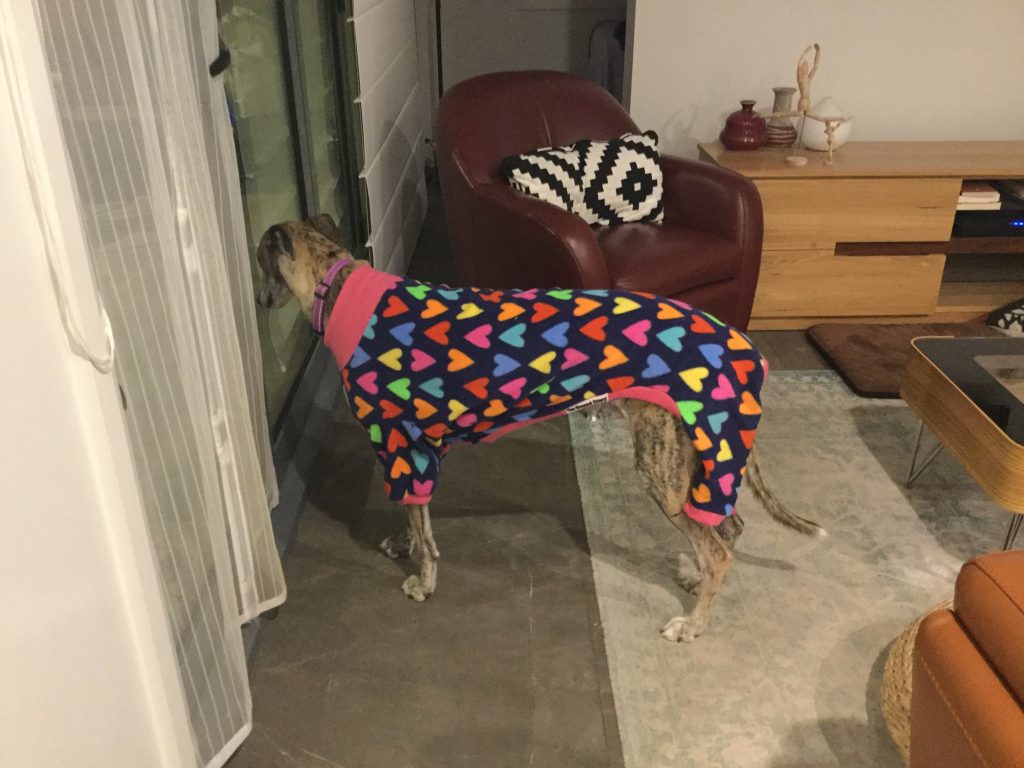 For those who missed it, here is a gratuitous photo of my beautiful boy demonstrating, with reluctance, the style in question. He says it is draughty in all the wrong places.

If you want a precise summation of the fashions, try this article by Kate Halfpenny found here https://thenewdaily.com.au/entertainment/celebrity/2019/06/30/logies-2019-best-worst-dressed/. She went to uni for three years to learn clever phrases to describe this car crash. Money well spent. From today, I am incorporating ‘reptilian black’ into my lexicon.

I enjoyed Tom Gleeson’s opening speech, because who doesn’t love snark at Karl’s expense, and I lasted until Guy’s singing medley. It then all became too much and we decided that bed and SBS streaming was a better option. But congratulations to Masterchef for winning again. I might not like this season but I am still a fan of the ‘feel good’ formulae.

With a glass of wine (because from today it’s Dry July), I watched the last episode of 63 Up and sobbed. For those who haven’t tuned in, I can highly recommend it. This season was a mixture of immensely satisfying and completely sad. I love these people. I love this show. But timey-wimey.

This month I am going to watch The Last Man on Earth (SBS). It comes with good reviews and it’s a comedy. I need more comedy. It’s hard to find a good laugh amongst all the news at the moment. We are all going to hell apparently.

Speaking of, The Loudest Voice (STAN) is getting a great write-up. Russell Crowe is not one of my favourite people (he takes himself a little too seriously) but he is a good character actor and the supporting cast looks pretty fab. I am looking forward to this one. I like a good biopic, especially about someone whose dead.

And speaking of STAN, Veronica Mars is returning. I loved the first incarnation. I have my fingers crossed for the second.

But to end on a high note, SBS is putting on some Jacques Tati movies (more comedy). I have fond memories of, and can recommend, Mon Oncle. You’ve got to love SBS. They know their lane and it’s a great lane. There’s no category at the Logies for what they do best.