Who’s your fave so far? And who will get the fewest votes? 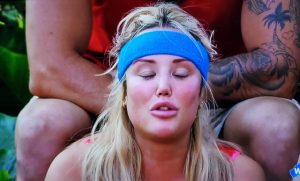 Julia as usual is trying desperately for a laugh, and her bad jokes are rubbing off on Chris, literally.

Tom has been hilariously a non-event, as has the young footy guy, who as yet has no name. These, and others who have not had much air-time, might be funny, interesting or entertaining when we actually get to see them. Unfortunately, we have the cycle of the same few celebs getting voted for trials, while those who are passed by cry “Yippee”, or send up a prayer of thanks, while the penny begins to drop that they aren’t viewers’ favourites. 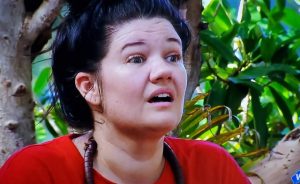 Tanya is giving it her best shot, while Erin’s a natural. You’d have every reason to think that she is nothing but shallow, when in fact she is bright and quick-witted. 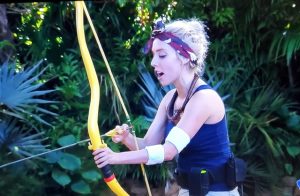 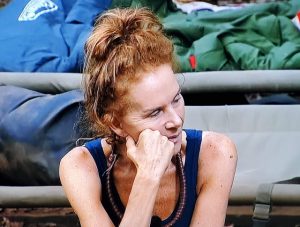 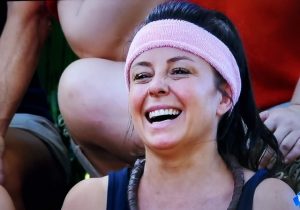 Ryan seems to be trying to extend his CV. He’s a newbie, hoping for more TV work.
Old footy guy has settled in, and is making friends in camp. 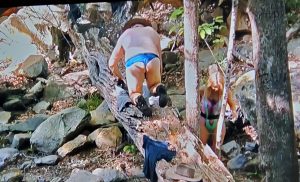 The “comedians” are still saving their best material for later, it seems. Nothing from them yet.
At this stage, my top 3 are probably Erin, Ronda and Myf but it’s early days. I don’t know much about their prexisting fan bases, but from just watching the show this week, I predict that, because it’s a vote to save, Charlotte will last a long while, and Erin and Ronda will do well.
As for their luxury items; ridiculous. I suppose the best ones were the floatie and the large pan. What would you bring? I would take my own bed. Cheers.