I love it when the writers of B&B get high, which they seem to be at the moment. The story lines are crazy, which makes the usual Lazy Susan of Love more interesting. 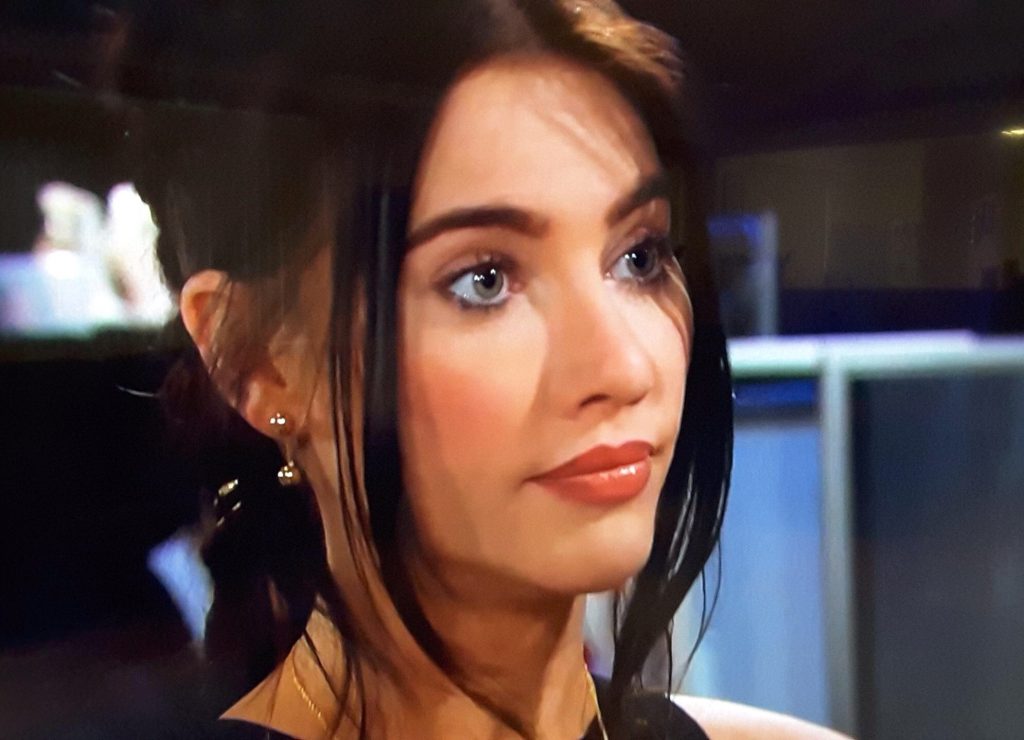 Stephie had a Helen Reddy moment, and decided to roar. In so doing she handed Liam to Hope, rather than making her fight for him. Hope has been confused because The High Road has always been locked in to her GPS, but now it seems Stephie knows that Route too. And doesn’t she wear it well with her black Turning Japanese look. Ridge is proud of her. Liam is proud of her. Hope is relieved and thankful. But Brooke smells an LA rat, and scrunches up her watery eyes to let us know it. Not content with running off to make her nest with Prince Charming, Hope wants to feather it too, with soft things from her Hope for the Future collection. But Ridge has given the girls a new battle ground, and Stephie tells Hope that she can’t have the baby AND the pram. Or the fashion line AND the man. Hope says, “Why not?”, and Brooke goes into the front line, claws sharpened. Brooke is on the verge of bedding Bill, but Ridge is still hoping Stephie can come out of the battle with something, although he claims it’s all just business.
On the sidelines, Thorne has been wrapping a semi-naked Katy around his little finger. (Let’s just call it that). Katy, has lost her purple undied way, wandering from one bad choice to another. As Dave said, Will could have built a meth lab in his bedroom and Katy wouldn’t know it because she has been too busy since Wipes and Thorne, having Day Sex. I guess the Social Media Department works from home.
Also on the sidelines, Bill seems to have recovered his heart from Stephie, and reveries of Brooke in the hot-air balloon are returning. Too bad. I was hoping that he would stick it to Thorne by stealing Katy back. Although I think she might need a good rinse out first.
I will leave it at that for now, although I think October might see some of the other cast step in with a few lines, such as Zander, Skeletor and little Tellytubby. And yes, hopefully Quinn might get to steam up our lounge rooms with Ridge, and bitchslap Brooke. She deserves it.
Will Hope’s baby make it to term? And will the two cousin babies be old enough to drink, and be driving cars by December? We shall see.
Have fun watching. 😊