Since I watched the finale of Great British Bake Off the other day, I need to get my cooking show fix from Family Food Fight. Yes, there’s a bit of contrived drama and playing to camera but, generally, contestants have some cooking skills and are kind to each other. 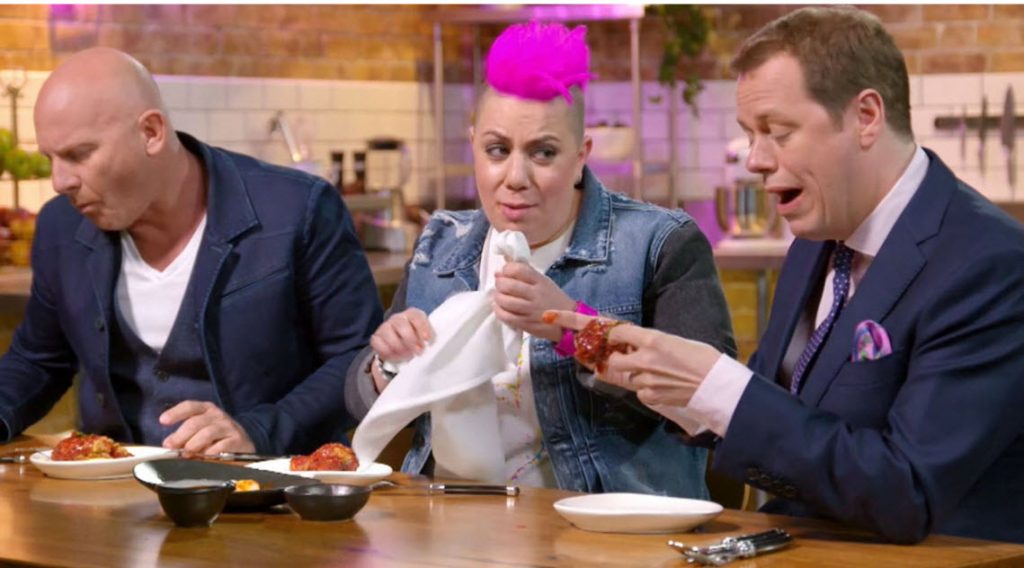 Not missing Hayden at all.

Tonight (Sunday): A surprise two-round elimination will see one family’s time in the competition come to an end. To survive, they must face a quick-fire cook and Anna’s toughest challenge yet – a giant chocolate pinata.
Monday: It’s the trawler challenge: each family must brave high seas to catch their own crabs, and then cook them for 20 hungry fishermen. Competition is high, with the first game changer of the series on the line.
Tuesday: It’s an epic, two-part battle to be safe from the next elimination, where this season’s new game changers will be revealed. It all kicks off with a rival relay challenge, where some highly strategic tactics will be unleashed.

The most delicious competition is just getting started… #9FamilyFoodFight continues Sunday 7.00pm on @Channel9! pic.twitter.com/x7E4sFr3CB