Here we go again: Another season of My Kitchen Rules starts tonight.
Will Manu be in purple velvet and Pete in blue?
How many seconds in before we want to slap someone?
And how many minutes before someone says “oh, I don’t eat that”? Or “this is the first time we’ve tried making this?”.
Have they kept the four boring judges?

BEHIND THE SCENES: Have you ever noticed our teams ALWAYS sit on the same side? 😉#MKR Starts January 28 on Channel 7 pic.twitter.com/jGbGWV6MVK

HERE WE GO
Uh oh – I failed to set the recorder so I tune in just as “Recently Engaged” Stacey and Ash from Byron Bay finish their decorating and start to cook. Perhaps this is a good thing.
I sneak a peek at Twitter and, darn it, no purple velvet jacket for Manu.

Dessert is chocolate avo mousse and they are serving it in jars. It’s a bit 2012.
Entree is tuna tartare served with wasabi mayo. Hmm – will it overwhelm the tuna? Surely there will be one guest who say “I don’t like food/seafood/raw food/food – I’m just here to increase my Insta followers”. It’s smart to serve a cold entree – much less fussing about with cooking times.
Main is salmon with a miso glaze. 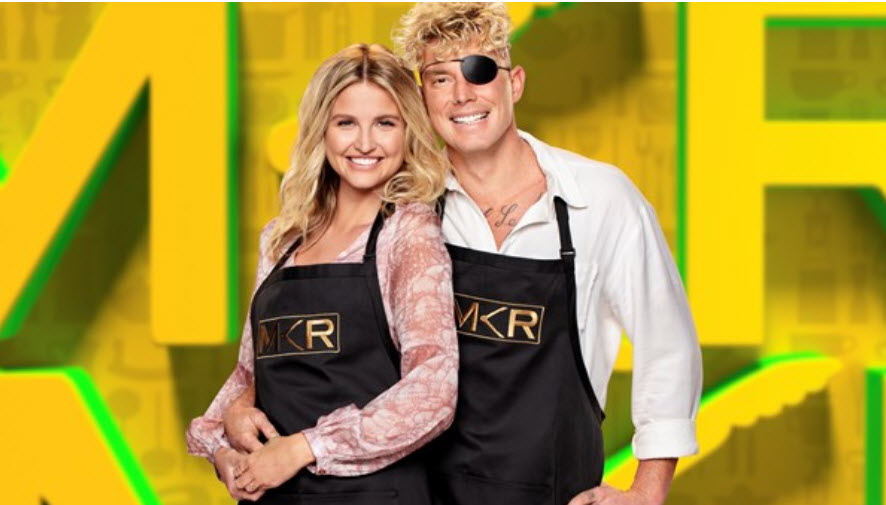 The guests arrive and most hook in to the champers. Brunette sibling from school of hard knocks is “scared” of seafood. There’s always one! .
We also meet the Noosa flight attendants and a Perth couple whose package is all about the husband’s objectification of his Latina wife. Ick.
The two brothers say they were home schooled and are born again Christians. Let’s hope their “American comfort food” is more delicious than it sounds. Ibby and Romel “met on the Sydney social scene” and Lebanese background Ibby wisely hides from the others that he owns three restaurants. I’m expecting good confessionals from Romel – and the name of a good plastic surgeon.
Short-haired Christian bro is doing a running bitchy commentary as the Peruvian friends talk about their food culture. Rude! Doesn’t he know all snark should be confined to online commentary? 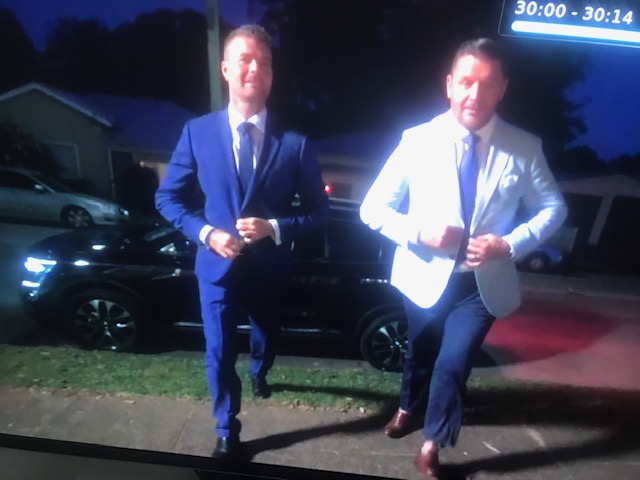 Time for first course and the tartare looks pretty, with a cracker “sail”. But they’ve done the mayo as a smear – isn’t it all about blobs these days?
The Peruvians aren’t impressed by the chunkiness of the fish and the “sad” coriander.

THE JUDGES SAY
Pete says it’s a really good start with good presentation but there was not enough wasabi. Manu likes it, also, and gives them some constructive criticism.
Mick and pink-haired Jodie-Anne from a small country town are very complimentary but the snarky bros are playing their villain roles to the hilt – you can tell they are going to bag out everything. At least the Peruvian lady is specific about how the dish could be improved.
I’m pleased to see the non-seafood eating lady actually eat her tuna – well done, you – all is forgiven.

Back at the table Devil Josh is being a dick and everyone else wishes they could score him a zero right now. 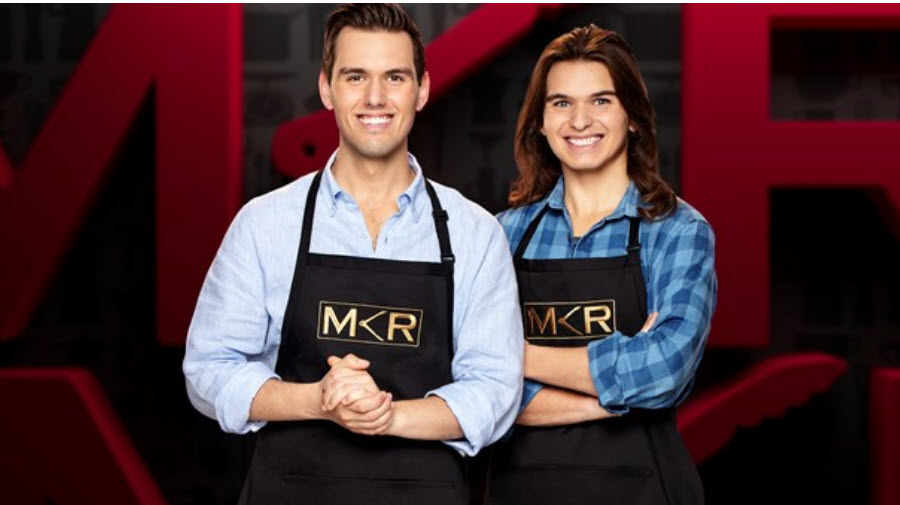 Serial killers vibes from both.

(On the MKR website the brothers are described as “brutally honest”. Which is usually how rude people try to justify their behaviour.
And then Romel slips up and refers to Ibby owning a “resta-… ummm” and changes the subject. Yeah, no one noticed, boys – except the whole table.
Ash is freaking out a little in the kitchen because of the number of salmon fillets he has to cook. When was the last time we saw a four-burner upright cooker on MKR? No flash six-burner stainless steel and double ovens here.

THE JUDGES SAY
The main is not as pretty as the entree but they at least know enough to do lemon cheeks instead of wedges. They have sprinkled the black rice salad with toasted nuts and seeds.
Manu loves it and says the flavours are complementary but a little olive oil would not have gone astray. Pete says it’s an improvement from entree but he got a small salmon fillet, so it was more cooked. He reminds the couple that – der – they should give him and Manu the best serve.

DESSERT
Stacey is making a praline to go with the choc mousse and it’s not working. That’s because your caramel is as blonde as you, Stacey!
At the table everyone is playing the first impressions game and Dick Josh takes it too far with jokes about mail order brides, referring to Karito and “gay version” Ibby. (Some googling reveals both brothers are actors and were planning to try their luck in the US before they were cast on MKR. Explains a lot.)

Attempt No. 2 of the praline sees them actually heat the sugar enough to caramelise it, although it still does not look properly stirred through.

THE JUDGES SAY
Pete usually likes choc avo mousse but it’s too dense and lacks sweetness. Manu isn’t sure the praline goes. Pete: “It was a valiant effort”. Ouch! Still they were first cab off the rank.
I’m liking Karito of the plunging neckline from WA via Columbia – she kept her cool when the bros called her a mail order bride and she seems to look for the positive in each dish.

Stacey and Ash take it all with good grace and the score should be enough to keep them in a comp.

TOMORROW NIGHT
The brother and sister cook. What’s the dish they do that has “never been served before”? I hope they do well. They seems far more chilled than most of the teams. 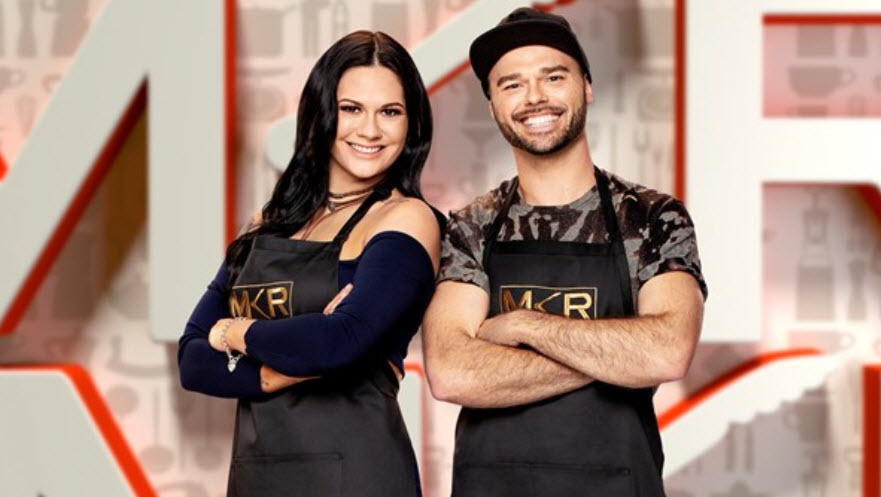