Over to our beloved Bold and the Beautiful correspondent Daisy for the latest happenings in the Forrester family. (Oh, and did you all read the interview recently in which Dr Chris Brown was meant to have a guest spot on the show back in his younger days? He was supposed to play a long lost nephew of Ridges or similar, but it turned out he did not have the right visa. Shame – this was in the Ron Moss days so he had the right jawline for it.)
***
In February the Forresters were plunged into a Shakespearean melodrama, with the tragedy of Hope’s stolen baby. I know we are all impatient for the mystery to unfold and for Hope to discover the truth so she can grab Phebeth and run. But put our impatience aside to spare a thought for Hope. She missed out on breastfeeding her own child. We were never shown Hope’s post delivery milk issues. Sorry if that’s too much information, but I can’t help noticing that detail has been left out. The other detail that was ignored was the illegality of putting money in a suitcase and exchanging it for a child. 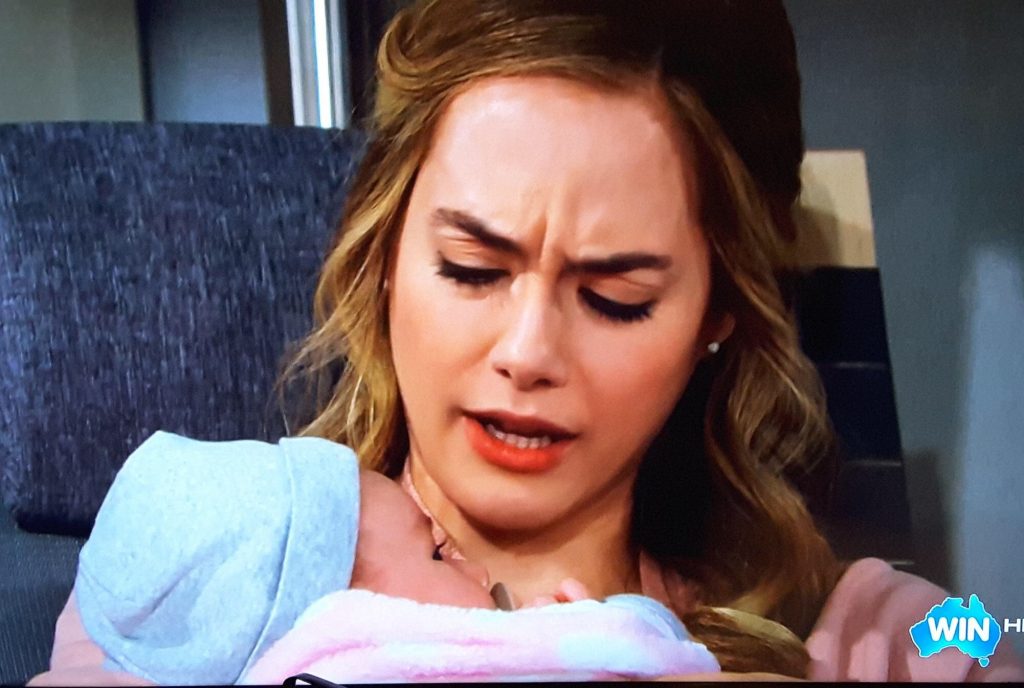 As we move into March, it’s predictable that one way or another, all will be revealed and there will be a traumatic return of Phebeth to Hope. As Steffy and Kelly mourn the loss of the daughter and sister respectively, and Hope rejoices that Beth is alive, Liam will have to look quizical because he won’t know what to feel. On the one hand, he is losing a daughter, Phebeth, but on the other hand he is gaining a daughter, Beth. How will Liam portray that emotion? And in whose house will he hang out? Will he need to console Steffy? Or will he be with Hope, changing nappies? Although not for long, because Beth will soon be in college. Hope has been doing a fairly good job of acting like she’s losing her marbles. She better not get too good or she won’t qualify for the show. 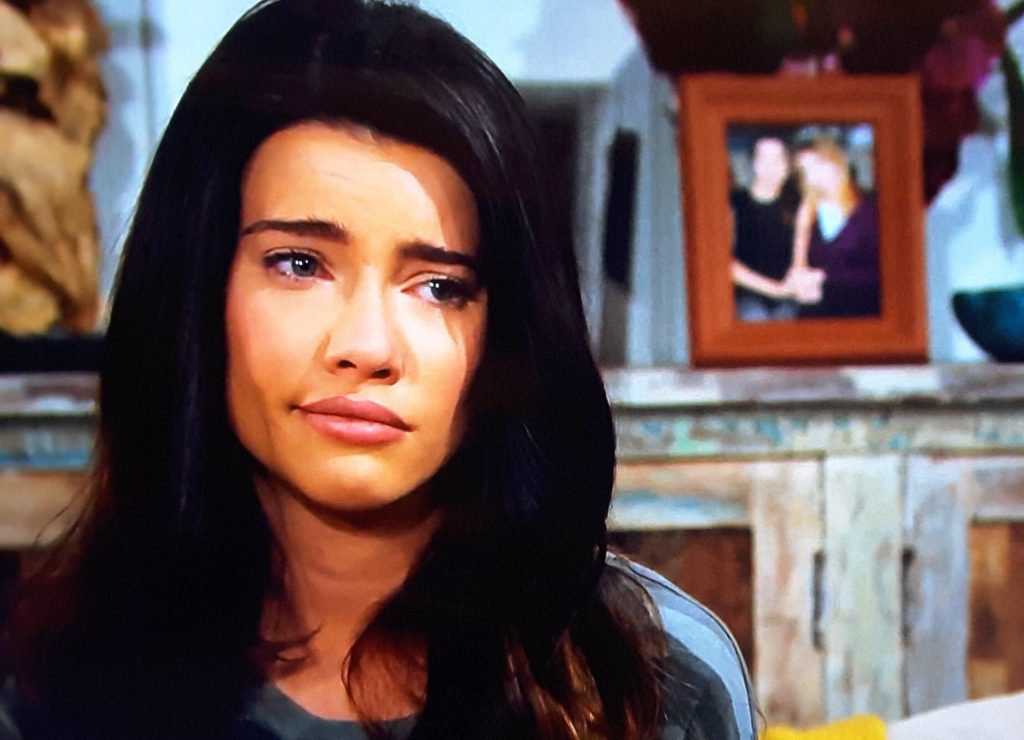 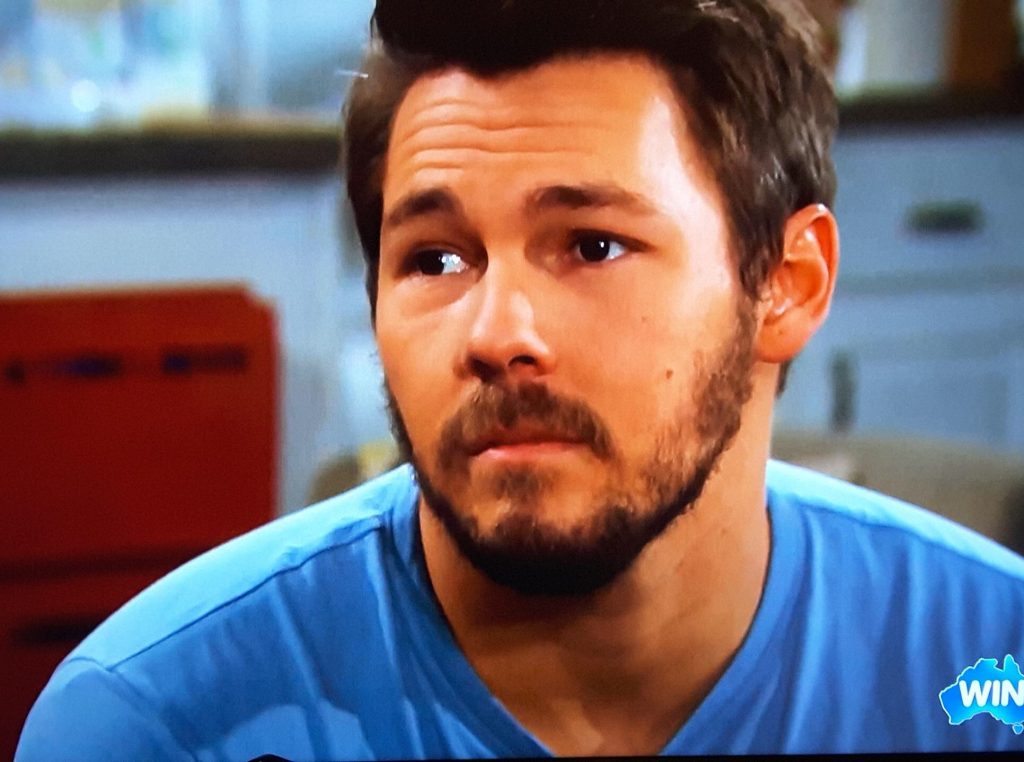 Over to Wipes and Sally, will they get out of bed? Will they wash their sheets? Or will they continue stuffing their faces, and throwing chips at each other in bed? It’s about time they did the deed in the shower. They have been a boring couple. Wipes even had more spark with Katy than with Sally. They profess their love for each other but are more like brother and sister. 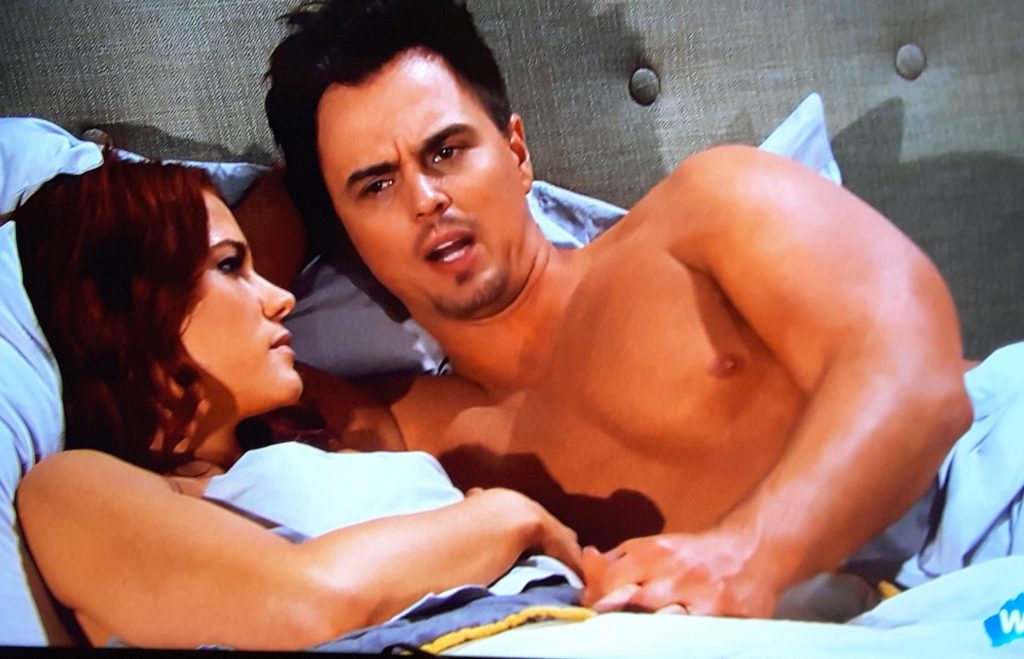 Katy has been in the wings, so Orange Lurch might return. They are already married, which means they are due a divorce. Skeletor (Zoe) has been getting the juicy lines, playing detective and having to deal with her criminal father, while others, like Emma have slowly been fading into oblivion. Feisty Rick must have offended the wrong person, because he seems to have been given every soap actor’s kiss of death; being written out. At least he is now spending the rest of his pretend life in Paris.
Brooke also has been in the wings. I wonder if we will be able to notice the scenes where she is suddenly absent then returns from the IAC jungle, looking frazzled. It’s hard to watch her looking tough, when we have seen her looking like a frail, eccentric girlie girl with a small voice.
Anyhow, nothing much happened in February, so let’s hope that things get fired up in March. Bring back Ivy. I would have loved Doc Chris to have been able to get in there. He could have played Rick 2, fresh from Paris.
Au revoir for now.