Just a reminder to all that it is election month. I recognise the leadership debates have been riveting – Right? Right, guys? – but now that they are over, I don’t need any more emotionally fraught ads. In my defence, I am an early voter and, having made my decisions, I am now in blah, blah, blah territory. It’s such a relief. 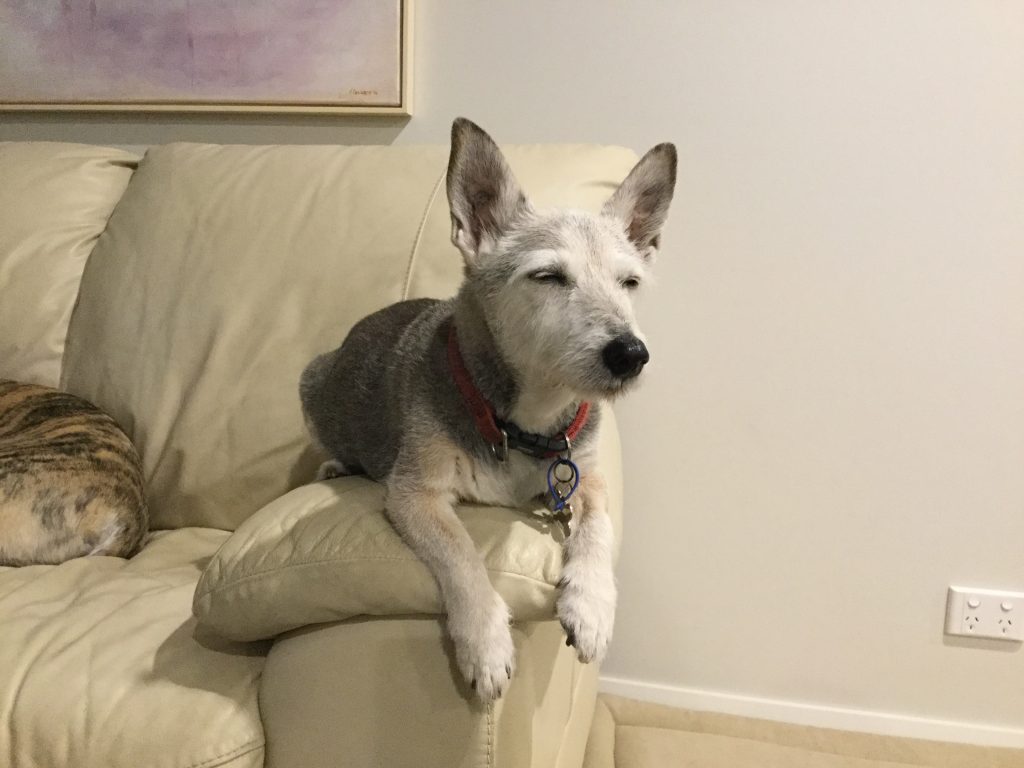 I don’t have any Netflix recommendations. I am thinking of cancelled my Netflix subscription out of pique (they cancelled two of my favourite shows) and I am watching more and more off ABC iview and SBS streaming.

I am loving Mum (ABC). It is one of those delightful short and sweet British shows with fabulous actors that can use their faces to show emotion; a little bit over the top in parts but it adds to the humour. I don’t actually laugh out loud but I smile a lot.
(Juz’s note: You can read more about Mum
here at The Guardian

QI (ABC) is one of my favourite go-to’s. I am sure everyone is familiar with the concept but it never fails to delight. The spin-off podcast (No such thing as a Fish) by the QI elves is one of the best for walking the dog. I am always open to podcast suggestions – the tedium of walking the greyhound for half an hour every day around the same couple of blocks is only mitigated by a good podcast.

The Good Fight (SBS) is so much fun. Again, I seem to be late to some of these shows. I can’t possibly be alone?

I am watching Sally and Possum (ABC Kids). I know – I said it would be random. I am learning Auslan and it’s good practice. And some of these kids shows are charming: if you have a spare half hour, try Hardball (ABC Me).

I am tuned in to Agatha Christie ABC Murders. It’s not a fabulous story line but it has John Malkovich. It’s worth watching just for him.

More randomness; we went to Melbourne to see West Side Story. I was disappointed, not so much in the play – which hasn’t changed in 60 years – but in my reaction. To recap, almost-engaged girl meets boy father-wouldn’t-approve-of, boy kills girls brother, girl sleeps with boy, almost fiancée kills boy (revenge/jealousy? : who knows/who cares), almost fiancée goes to goal (or jail because it’s American), girl says it’s everyone else’s fault, everyone’s remorseful, they kiss and make up. And let’s throw in a rape scene just for laughs. What a fun night out.

If we are going to ban Michael Jackson, then I think we need to revisit musicals like this, and can we throw in Rigoletto just to round things off? So offensive. Rigoletto, that is.

Feel free to correct my use of : and ;. My grammar is iffy at the best of times and more so when I become annoyed.

And to finish on a lighter note, yay to Harry and Meg. I was getting a little tired of them and then Harry was such a happy-chappy when the baby was born that I could only be happy too.