Is Luke’s time finally up? We’ve seen footage of Andy throwing the puzzle. (Poor Andy – I bet he has all the Survivor puzzles at home and practised doing them, and now he finally gets one and has to pretend to be bad at it.) 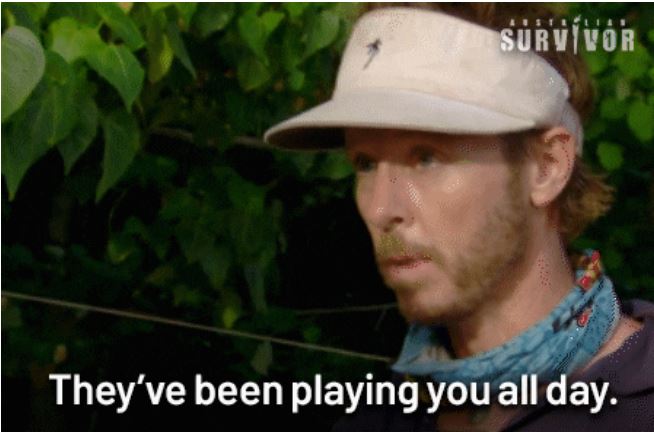 It looks like there is some kind of injury at the reward challenge. Blindfold challenges in Survivor always end in someone getting hurt.