Yay – it’s merge! But first, the blurb: The first challenge consists of a series of temptations. What will the hungry survivors fall for? And one survivor makes sure that if they’re going down, they’re going down in flames.

Now this will show who is really playing the game. Anyone watch Survivor Amazon? Two girls in that stripped off and gave up their chance at immunity in exchange for peanut butter. Survivor suicide, you’d think, but one of them, Jenna, went on to win the game. 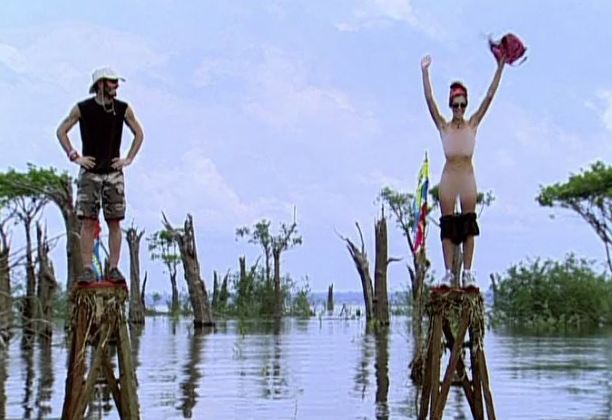 Jenna, the eventual winner of Amazon.

I feel a good half of this Aussie cast would have no problem stripping naked in exchange for food – we’ve already seen far more unpixellated bums than the US version.