Over to Bobi, with thanks, for kicking off a new general chat thread:

It’s November. Like you didn’t know that. It’s a doomsday countdown. BOING but with dramatic music.

It’s more a reminder that, from here on, TV viewing is mostly abysmal, and it becomes progressively worse as Christmas approaches.

There are no new cooking shows, dreadful game shows – seriously, is there no one else available but Grant Denyer? – and endless repeats of NCIS. I am awed by the repeated attempts to bring back Karl Stefanovic. How tone deaf do you have to be to put him in with sharks?

I know, you say Amazing Race has started, right? But I counterpunch with The Block. This season has been going on FOREVA. I feel like I am in some eternal form of purgatory. Can we not make it stop?

I am trialling a couple of shows but it is early days. Thank goodness for ABC and SBS.

I am loving Total Control (ABC). It is clever and brutal and real at the same time. It doesn’t pretend that we are talking about some fictitious country with fictitious politicians and fictitious political parties. It’s about time we, the viewing public, were treated as intelligent human beings capable of discerning a good story line without getting it confused with reality.

I do love Australian Story (ABC). It is always fabulous. The last episode had me on the edge of my seat even though I knew the ending. Like Julia Zemiro’s Home Delivery, they really know how to get to the heart of the issue. It’s an art form. And who doesn’t love a sticky beak into someone else’s life?

SBS is letting me down a little. More like, a lot. Normally they are my go-to when I want something dark. I tried Wisting. Awful. I am a minute into The Plague (it’s Spanish). It could be okay. I have some hope. 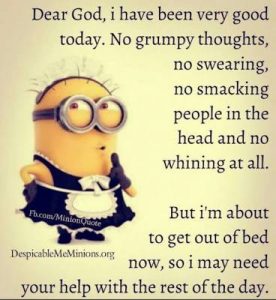 I might have to resort to reading a book.