Over to Bobi, with thanks:

I was going to chat about good Australian movies/TV shows as a balance against all things Geordie Shore but my mind went to those hideous Ned Kelly movies. Why are we obsessed with an uninteresting thief-slash-murder, and who in their right mind thought it was a good idea to cast Mick Jagger in the lead role. Hindsight, I know.

I do remember Priscilla and Bran Nue Dae being fairly wonderful movies but, generally, I have gone blank. I am a fan of Australia (I am sure it was written tongue in cheek) but I am still perplexed as to why it was called Australia. It could have been set anywhere.

Instead, I thought I would move into new territory for a brief and fleeting moment.

Let’s chat about moving the date for Australia Day. Is that a collective sharp intake of breathe I hear? Wait, wait. Hear me out.

I have it on good authority that about 75% of people don’t want the date moved. However, they are becoming increasingly sympathetic to the views of First Nations People, and so I don’t think this topic should create controversy, just general chat-chat.

Truly, I’m not going replay the views of people who were here thousands of years before me and mine. And besides, there are a lot of excellent articles, and interviews, out there doing a much better job than I ever could or should.

I don’t have any skin in this game. My feelings on the actual day are almost non-existent which would explain why I am firmly in the move-the-date camp. Surprise! I bet you did not see that coming. 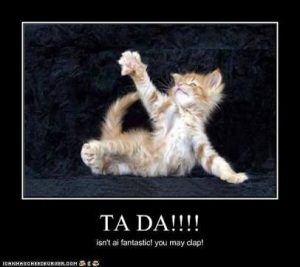 In the interests of being patronising as hell, here’s some history – which may or may not be absolutely accurate – so that I can develop my argument. Well, not so much develop as plonk on the table in front of you. 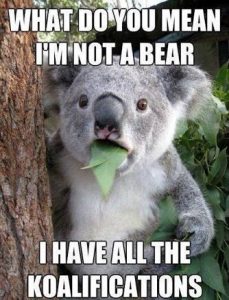 Technically, Captain Cook laid claim to the eastern seaboard of Australia in August. The 26th of November was the day he sailed into Sydney Harbour and raised a flag. Very Sydney-centric, don’t you think? Now surely that’s got all of Melbourne on board.

Australia Day was supposed to celebrate emancipated convicts. I think we can all agree that we have moved way beyond that, unless of course you work in a Greek restaurant.

And then Jubilee, Victoria, public holiday, blahdy-blah and then it became complicated.

Right. Now back to me because this is my point of view (just call me Charlotte). The significance of Australia Day to me has always been a day that marks the end of school holidays with a long weekend and a BBQ.

Here’s the controversy (you knew there would be some): I don’t think we should just move Australia Day, I think we should move the entire summer 6 week long school holiday.

Given climate change, don’t you think we should revisit the concept of sending our precious little bundles of joy into the tinder-dry, wilderness during the hottest months of the year? Let’s move it to Easter. There’s a long break there just waiting to be exploited.
And it seems crazy to send everyone outside to light fires for that bbq in the middle of summer and in the blazing midday sun. 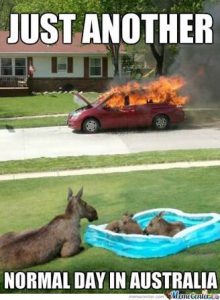 A wonderful by-product of moving everything might be that we can recalibrate our view of Australia in a coherent, multicultural and nice way. Wishful thinking, I know.

And momentarily revisiting my low-care factor, there are a bunch of people out there who would really like the day moved … a lot. If they care and I don’t, why not?

I have kept my most convincing point for last. I went to an American school for a while. OMG. Talk about so much brainwashing and indoctrination. I was almost convinced that Americans were the greatest people living in the greatest country in the world. Please, let us not become like them and get hung up on a date.

I knew that one would win you over.

DD thinks that it doesn’t matter whether the day is moved or not because someone will always be unhappy. It’s a bit like, cancelling Mondays will merely transfer the angst to Tuesday.

I, on the other hand, think that where there’s a will, there‘s a way. We Australians are mostly kind, compassionate people. I do think that it’s inevitable that the date will be changed at sometime. Wouldn’t it be nice if we could do it without conflict? You know, calmly, respectfully and with consultation?

And kind thoughts to you all on the day but that salad is not going to cut it without the bbq lamb. I am hoping that if I don’t think about it too much then I won’t miss it.