Seriously. I’m sitting here watching someone on 9Honey demonstrate how to set up a child’s bed in case of “accidents”. I’m a grandmother, ffs. My days of worrying about that sort of thing can be put off until at least next year.

I refuse to watch the news. It’s all fires, Trump and Megxit. I know people who have lost property in the fires so I don’t need to wallow in how terrible that is, and the rest are just entitled people who can do us all a favour by staying far, far away. 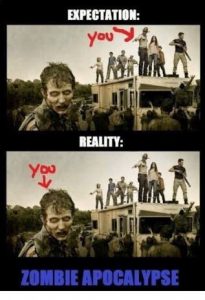 I need light relief and a good laugh. I need television to fill in those small gaps in my day. I watch telly when I have dinner, and when I have a cuppa. I watch in between vacuuming the floor and then washing it. I really need it while I recover after changing the doona cover: a marathon that requires calmIng thoughts, lots of wine and a fitness level that I haven’t seen since my teens.

Thank the lord for IMAC and Doctor Who (and Whovians). Yes, I’m aware that it’s just me but I forgive the new Doctor everything.

I am obviously watching renovation and cooking shows but it can be real hit and miss. I loathe that woman who used to be married to Tarek and speaks through her nose, Nigella makes me want to throw up every time she eats something and Gordon Ramsey is just a buffoon. It’s all a bit like a soap and I am becoming too invested and bitchy.

And then I start asking the unanswerable, like, how on earth did Martha create a mega million dollar empire? 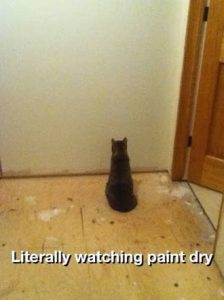 Saturday Kitchen has been a pleasant surprise, a mixture of basic information I didn’t know but could use, and meals I would actually cook – plus entertainment.
But I can’t spend the rest of my life watching the Food Channel.

There are a lot of shows around on repeat. I’m told that watching repeats makes us feel in control and happier so, in theory, it should all be good.

I enjoy re-watching formulaic crime: NCIS, NCIS LA (you get the drift), Death in Paradise, Kojak, The Baron. Apart from knowing that the good guys always win, it’s fun watching the evolution of police procedures. The things they were allowed to do back then, take your breath away now.

I tried watching Friends. What a horrible bunch of people, and not a single laugh to be had anywhere – not even the smallest of smiles. Has this show dated or am I missing something? 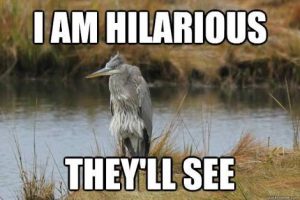 I feel like a five year old waiting for a grown-up to come along and entertain me but left to myself it’s all going very wrong. Fancy yearning for the days of MC and The Block and Survivor, all on the same night.