That old chat thread was getting a bit long, so here’s a newbie. What’s everyone watching?
Benny & Joon was on today so I caught most of that, being an Aiden Quinn fan and liking Johnny Depp (that’s 80s and 90s Depp, not present day Depp). 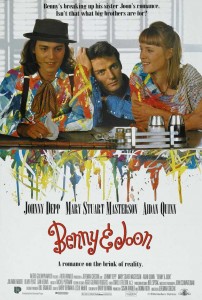 Tonight I hope to catch up with the latest Walking Dead ep.