And it’s over to Married at First Sight correspondent Daisy for her weekly MAFS ramble (thank you, Daisy):
Well the week didn’t start of with a bang. In fact I get the impression there is no banging at all, as it all seems very platonic. Perhaps Susan and Sean might have consummated the marriage….before they became “just friends”. Yup. Sean has now been friend zoned. 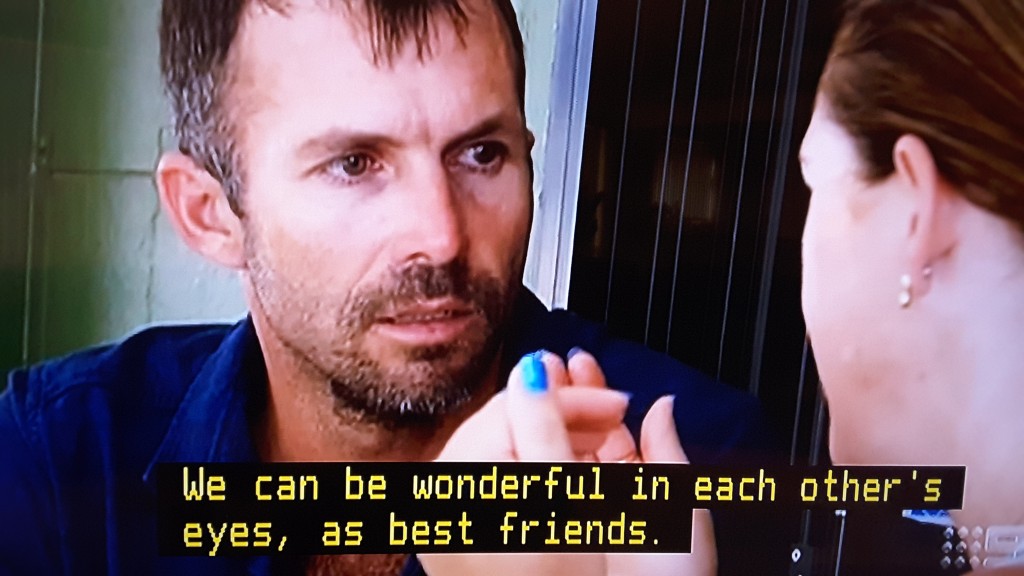 Last night was another recommitment ceremony, where spouses opt to stay or leave. And as before, the phoney sexperts psychobabbled on while producers contrived with ‘cast’ to have us in suspense, thinking some were going to leave. But no, all opted to stay. Am I the only one now thinking that everyone of these people (perhaps with the exception of Susan and Sean) are only on this to grab an opportunity to be on telly. 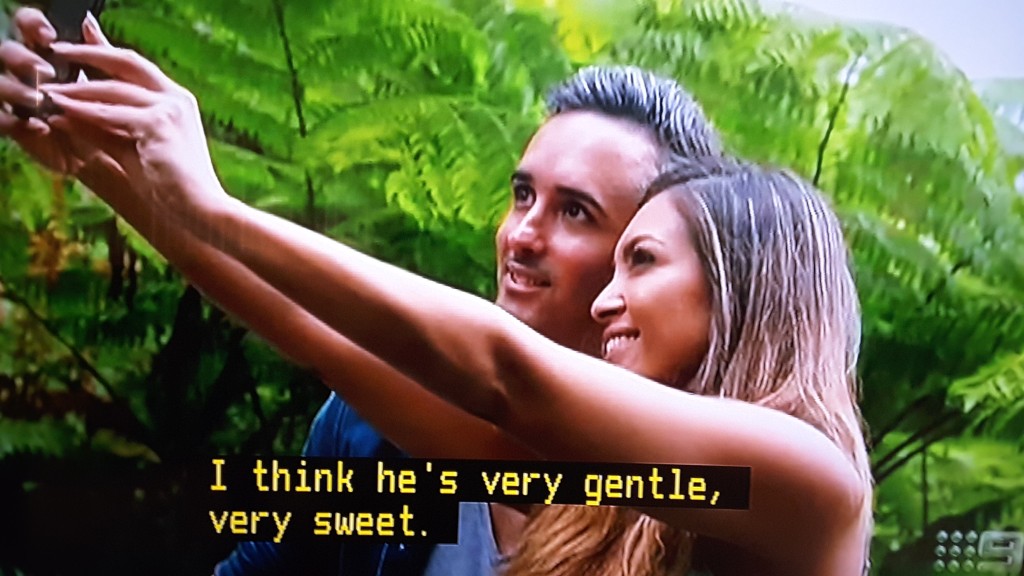 There is no way Nadia, for instance, likes Anthony. She acts like he has herpes. He’s clearly a controlling bastard, who says, “I’ll answer that for her”, and is rude to people, but she is staying. Since she is a “model” (probably Woolies catalogue because isn’t Top Model type), I think she is wanting to move into the TV celebrity arena. But then again, since Anthony wants to be the provider, and she likes that proposal, that might make them work. I doubt it really though because he already said, her lacking direction in her life might be a problem.
Sharon likes Nick, but that seems platonic, although Nick is mustard keen. My prediction is Sharon won’t tolerate any childish bad boy behaviour, so if he can keep his inner Beevis and Butthead under control, Nick might be able to hang on to Sharon for a little while. Michelle on the other hand, hardly seems to be able to refrain from curling up her top lip or crinkling her nose at Jesse, like he is some sort of stinky piece of rotting meat. Does that guy not have any radar? She not only isn’t in to you Jesse, she looks like she would have to ask someone else clean you off her shoe. 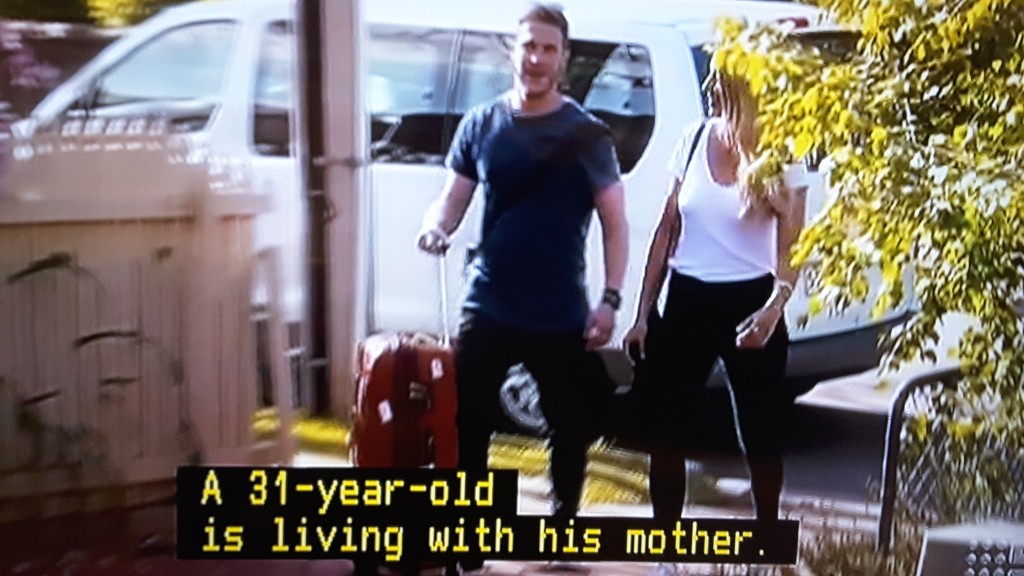 Nagging Alene and reticent Simon are blazing along nicely. I’m not sure if Simon is just joking with all of his “Yes Dear” jokes, or if he truly finds the bossy mothering and the pestering appealing. Alene reminds me of bossy Turkan from an early Big Brother series. It might be a Lebanese culture thing. “I will marry you and become your mother”. But knowing how much Simon hates being pressured and backed into a corner, everyone; Alene, sexperts, Simon’s best friend, is making sure Simon feels like a trapped rabbit. A shorn, trapped rabbit. I am quite liking Simon, who clearly wants to say, “Piss off and stop pestering”. And kind of did last night. “I’m not saying I love her and you can’t make me. So there”. 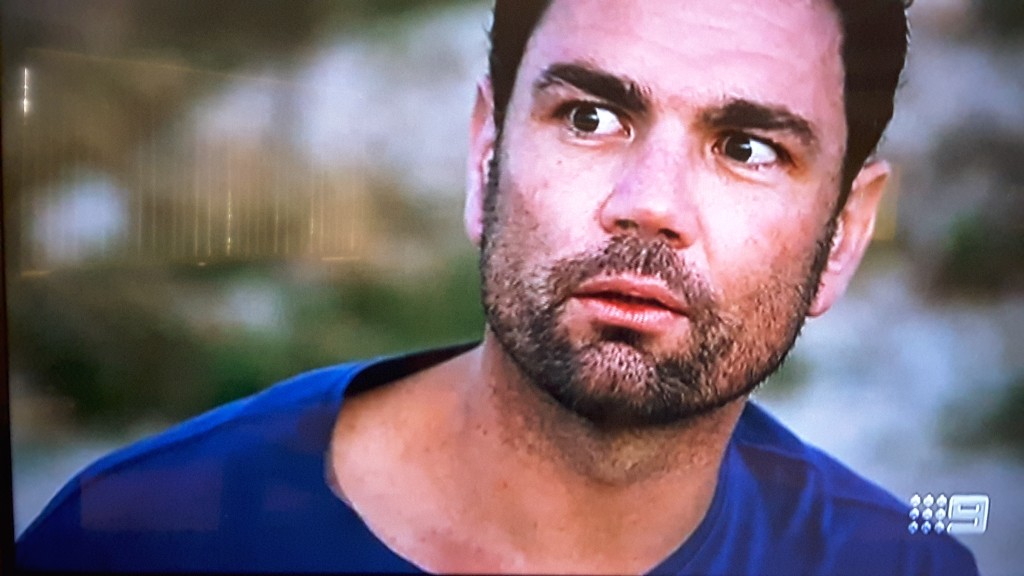 By now I think all the couples, especially Anthony can say, “I told you so”, about Cheryl and Andrew. What’s all the, “I definitely feel an attraction, but I can’t kiss him” BS? Am I the only one who has enjoyed some serious first date snog out? Maybe even at the back of the church after Friday night youth group with a two-year older 16-year-old boy who looked like tall Mike from the Monkees and was my first kiss? I think he had learned it in France.
Anyhow, Cheryl has obvious disdain for Jonesy, but is willing to bullsh*t on for another couple of weeks at least. Ah, the sacrifices you must make for fame. Not sure what we aren’t seeing off camera because Jonesy decided to stay and play that awful dance partner Cheryl must tolerate for the ballroom dancing comp because she can’t find anyone else and judges won’t allow her to dance with a mop.
And that leaves our quiet achievers Vanessa and Andy. They are plodding along like a couple of librarians. Well maybe Vanessa would talk too much to be a librarian, but there are no fireworks happening between these two. Although producers hint at an explosion for tonight. Or is that implosion in Andy’s case, since he is an introvert. Clearly there hasn’t been too much drama between these two, as they have been receiving the least air time, but producers managed to incite or provoke a fight for our viewing pleasure tonight.
I will conclude my ramble by saying, the sexperts look like real dicks and surely would never get any real work after this. They make the most inane statements; like Lisa Curry telling Nat to name rocks and throw them in the river. But that’s another show. 😚
Au revoir, bridesmaids. I learned that from the French kisser. 😉 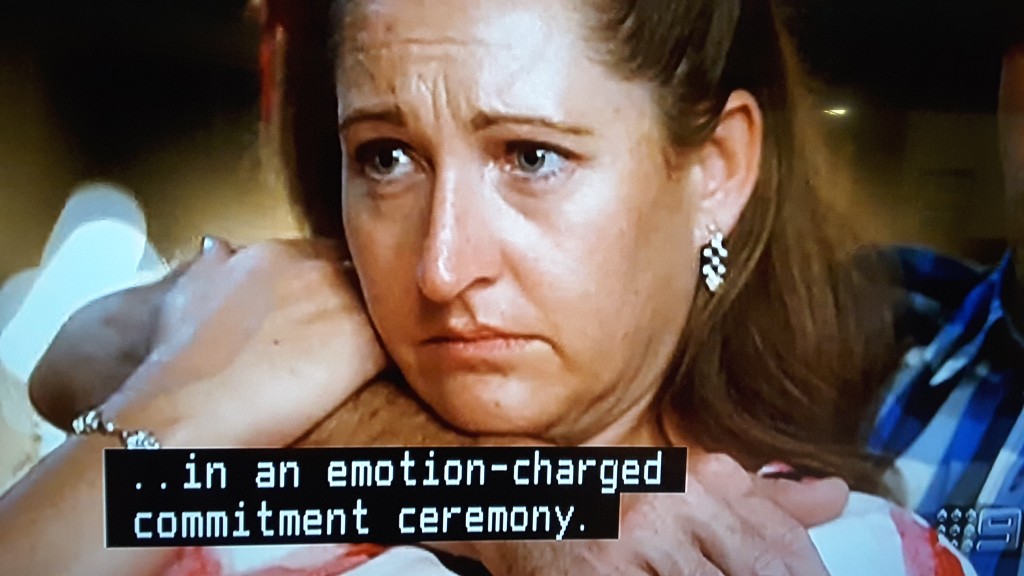