Thank you to TBATB correspondent Daisy for her ongoing recaps: 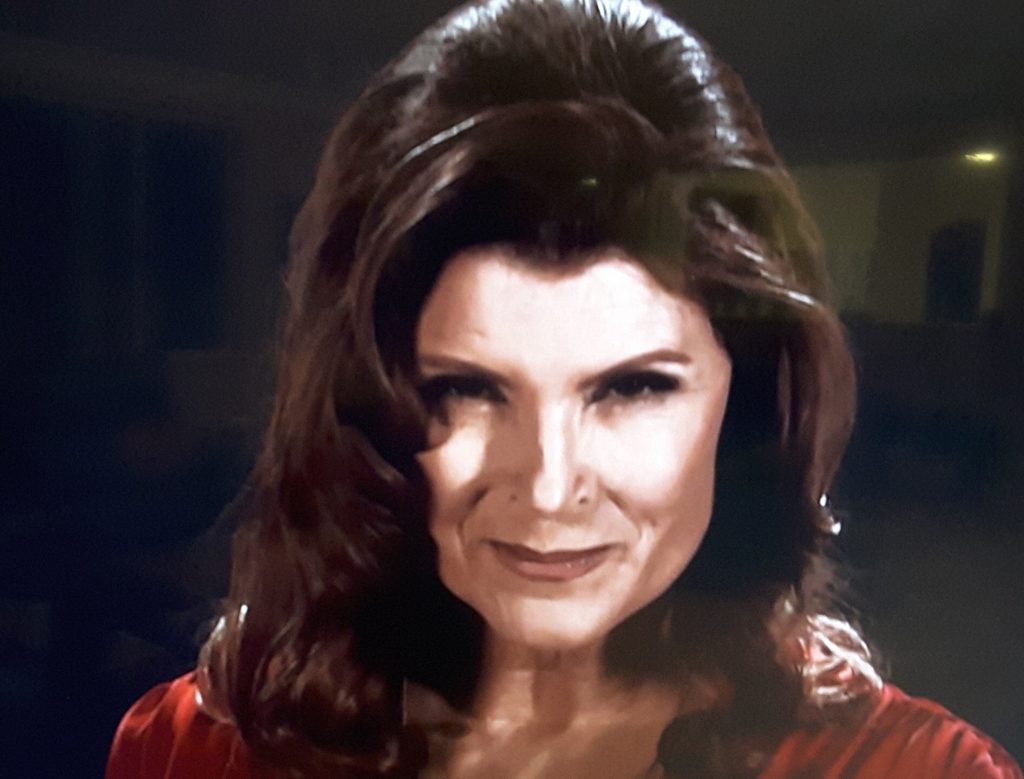 As promised, here is the B&B update for October/Novevember. There are a lot of weird things happening at the moment. Perhaps it’s a full moon in LA. Shelia the Shedevil has gone all Dorian Grey. Her portrait seems to have evil powers. Cherrrleee is playing with fire hanging out in her apartment. He better get out of there before Shedevil uses his hair and bones for an incantation.
Katy and Wipes have a stomache churning thing going on. Wipes is using his usual technique of wearing the girl….or woman down, by pressuring her until she gives up and marries him. The only difference this time is Katy isn’t dating Liam. So that’s a fresh approach for Wipes. Bill is sure to express his disgust when he finds out his ex wife is dating his son.
Behind the scenes this week, Thomas is off renewing his relationship with Caroline and Douglas, the miracle talking child with the voice of a middle aged woman. It would have been smarter if writers had recognized that babies don’t usually talk so eloquently on the phone. Anyhow, that leaves Sally and the Spectras on hold, and no doubt they will soon hatch a plan to win Thomas back from the not-so-terminally ill Caroline.
Maya and Zende are being positioned by writers for some hot and heavy, while Nicole swans around in terry towelling with Rick. She managed to give up her maternal urges pretty quickly and signed her baby over, choosing to get back into modelling. It should be fun to watch how the Avant sisters’ love life plays out. But whatever happened to Sarsha. She needs to come back and stir the pot.
In the meantime Brooke and Bill, and Liam and Stephie are doing something B&Bers never do; settle into a quiet, stable marriage. Of course that won’t last.
Bravo to Eric, the most forgiving man in the world because Quinn “touched something he didn’t know he had” (that’s what happens when you can’t see over your belly), and he and Quinn are back together. But they are heading into rough seas as Shedevil is just getting warmed up. Won’t Pammy give Cherrrleee what for.
Now for the ttv nominations; and the categories are; scariest villain, most insipid, face you most want to punch, person you most want written out, sexiest and I suppose we should include a best actor and actress category, and worst actor/actress.
Happy viewing and may your B&B wishes come true.