Finally, Bachidise is back. After the constant stream of MKR episodes it seems odd to have a show that is not on five nights a week. Let’s hope it was worth the wait.
How will Jarrod react when he sees Blake is on the island? Hopefully Keira will protect him and any pot plants he has smuggled through customs.
The promos are treating it like Jarrod is the second coming – I guess it IS the Easter weekend. He is risen off the beach where Sophie crucified him for all of Australia to see. 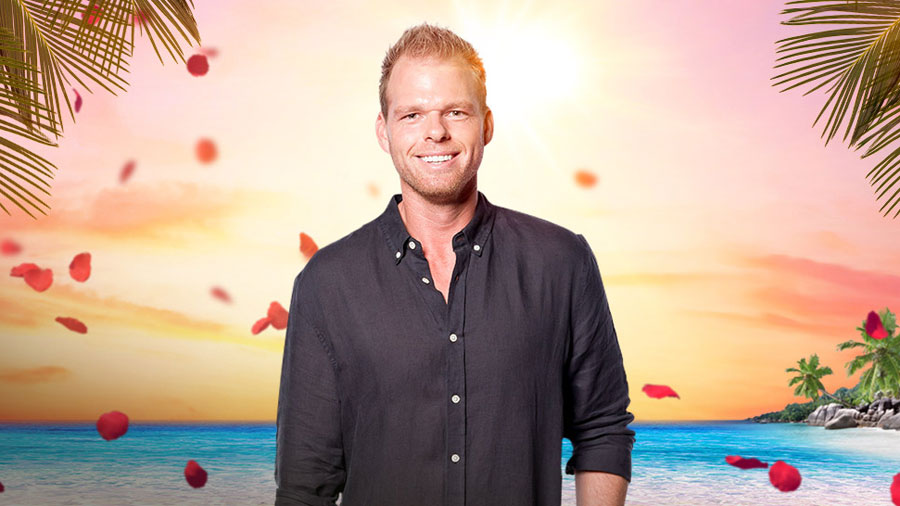 Judging by the promos Jarrod is the second coming.

Everyone is chilling by the pool and Keira is doing tarot readings for the lads (and we learn Michael knows nothing about “tarr-at”. Even though she and Sam are unofficially paired up, and Michael has dibs on Tara (although nothing romantic has yet happened), when Keira gets the date card she chooses Michael. That’s after Mack proves he’s a master of antica …

OH MACK!
Didn’t we just talk about the importance of the REVEAL?
From now on, I might get someone else to deliver the date cards if I can’t make it. #bachelorinparadiseAU pic.twitter.com/uPK0E3FPY0

…pation
Cut to footage of Tara moping on the day bed and looking a bit teary eyed.

C’mon, Tara, you know how this works: the producers ask Keira to stir the pot and she happily obliges.
Meanwhile, Flo is regretting having picked Jake at the rose ceremony because, surprise, surprise, he’s snubbing her now he has a rose. She’s hoping for some fresh meat.
On their date, Michael and Keira are going horseback riding on the beach. I am waiting for Keira to scream and fall off. They get to wear ridiculous helmets with a woven palm frond hat on top.

We had to give our Official Hat Maker a rise after this effort. #BachelorInParadiseAU pic.twitter.com/m2gIPj9c7y

Flo is right: fresh meat has arrived but, unfortunately for her, it’s Jarrod. Can’t see them pairing up. I just really wish she’d stop wearing that loose one-piece swimsuit – it’s very uncomfortable watching her on the cusp of a wardrobe malfunction.

Everyone is sooo excited to see Jarrod – he’s the biggest celebrity on the island.

"But first, I needed to give him a pot plant" #BachelorInParadiseAU pic.twitter.com/noNOIsEQbW

And he comes with a date card. Cut to Flo telling the camera he’s a clinger. Jarrod takes all the girls off one by one for a chat and a goss. Blake gives him the stink eye when he takes off with Laurina.
Meanwhile, Tara and Sam are having a chat and cracking each other up with their childish humour. I can’t really picture Michael laughing.
He’s off telling Keira how much he wants to get to know Tara. There are zero sparks. It’s like watching two planks of wood that have washed up on the beach.

Here comes Ali from Adelaide and it’s such a big event we get pounding orchestral/biblical music. Ali reminds us that she tried to kiss Tim on the first date (awkward!) and was regarded as a “stage five clinger”.

Jarrod is instantly smitten. She is very attractive but, like most of the people on the island, she has the unmoving Nicole Kidman forehead.
Oh, and Flo is quick to point it out. She is not happy Jake is talking to Ali. Oh Flo, just get over it already. You knew this would happen.
Wow, they are bringing in the newbies quickly – here’s Megan saying hi to Osher. We get the recap of Megan rejecting Richie’s rose and knocking the wind out of him. And then a shot of her and fellow contestant Tiff together – although none of their raunchy bikini shots. She tells the camera she is open to dating a guy or a girl.
Osher gives her a date card but there’s a twist and he can barely contain his glee as he explains it. She picks her date based on written anonymous personality profiles. This will be interesting. Don’t let it be someone boring who is already taken.

Megan is here and ready for all the guys and girls in Paradise. #BachelorInParadiseAU pic.twitter.com/lyme95hrPq

We learn Megan likes “manly” men and curvy women. We need Cam the firefighter and Elora the fire twirler, stat!
She’s picked Jake. Bleaurgh. Boring!
Jarrod finally gets to chat to Ali. She says all she watched of his season was the finale rejection. Probably a good thing. Things are going well into Mack comes over to be a third wheel. Even Leah is a little jealous. Finally, I am actually learning things about Mack – he owns a window-cleaning business in Perth. He likes Ali. “I’m chuffed speaking to you,” he tells Ali.
Michael and Keira return from their date and Keira is delighted to see Jarrod – they’ve been chatting via Instagram.

Keira compliments him on his eyes and his tan. Umm, Keira, Jarrod is never going to have a tan unless you take him to wherever you get yours. She is playing hard.

Meanwhile, Megan is waiting for her mystery date to arrive. She seems to know Jake already. They met at a party a year ago but have stayed in touch. Is there anyone Jake does not know?
What the hell is Megan wearing? Or rather, not wearing?

Is Megan wearing a G string as a bikini? #BachelorInParadiseAU pic.twitter.com/Wn0QWl9nIS

Back at the poolside area Michael is trying to show Tara that Keira means nothing to him. “I’m foine,” Tara tells him in her best Kim Day voice. But she’s not. Michael is panicking. 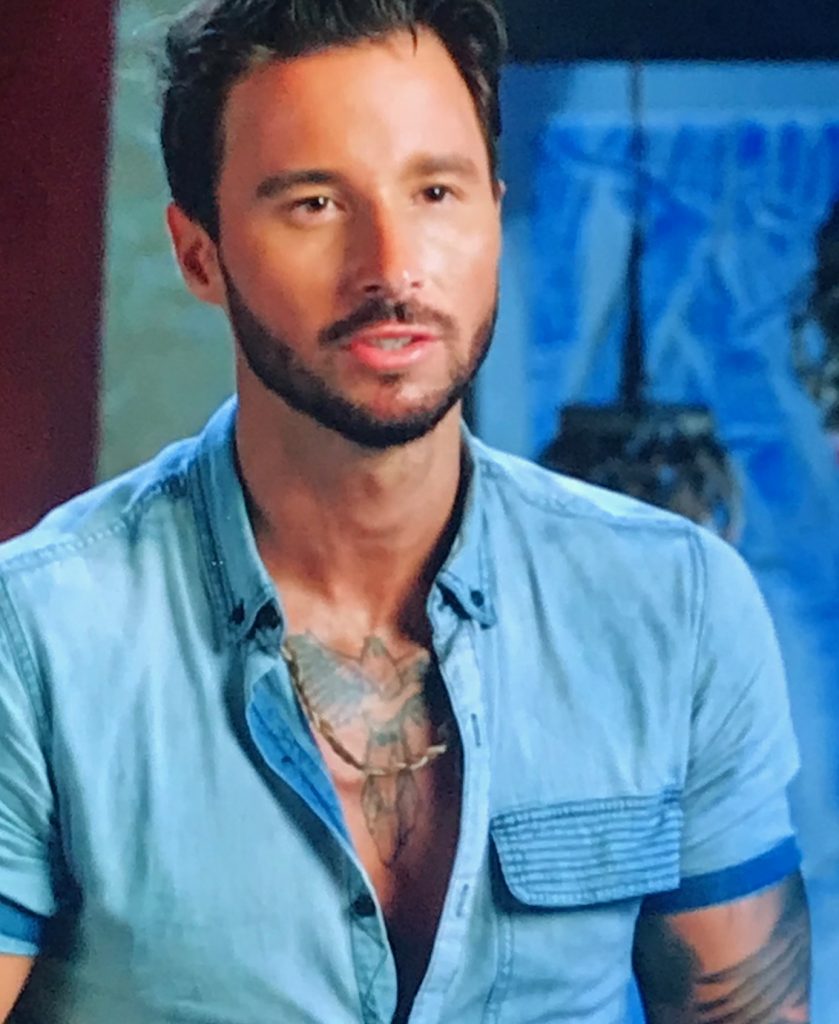 This is Michael’s panicked face. And also his calm face. And his laughing face.

Tara is totally blowing off Michael. He is stunned.
Jake goes in for a pash with Megan just before they enter the doors to to Bachidise.
And that’s the end – so the next episode will be all about the Flo fallout. And Jarrod – who gets to wear a hat that is not the communal black felt floppy – takes Ali on a date. Cue Keira tears.
So, no Laurina tonight? Who’d have thought there’d be a show where Laurina was just backgrounded.