Thanks to guest recapper Daisy:
Tonight, two of my favourites; Yvie and Luke, braved the Viper Room. If they watch that on replay when they get home they will ask themselves, “Did I really do that?”. Poor Yvie was in the underground tomb, filled with snakes, for 16 and 1/2 minutes. She is the new world record holder for Viper Room time. 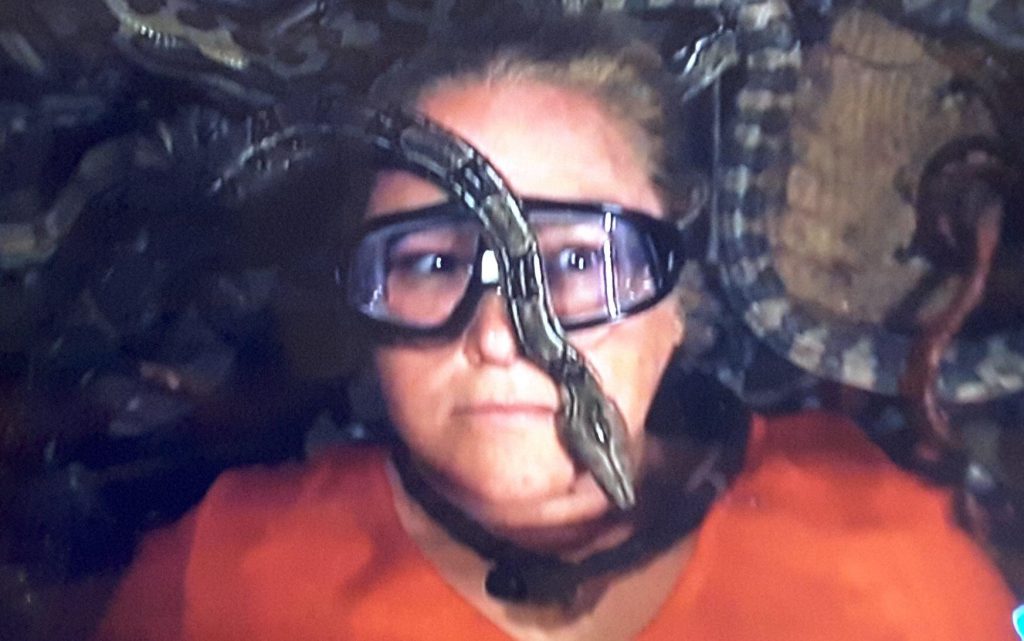 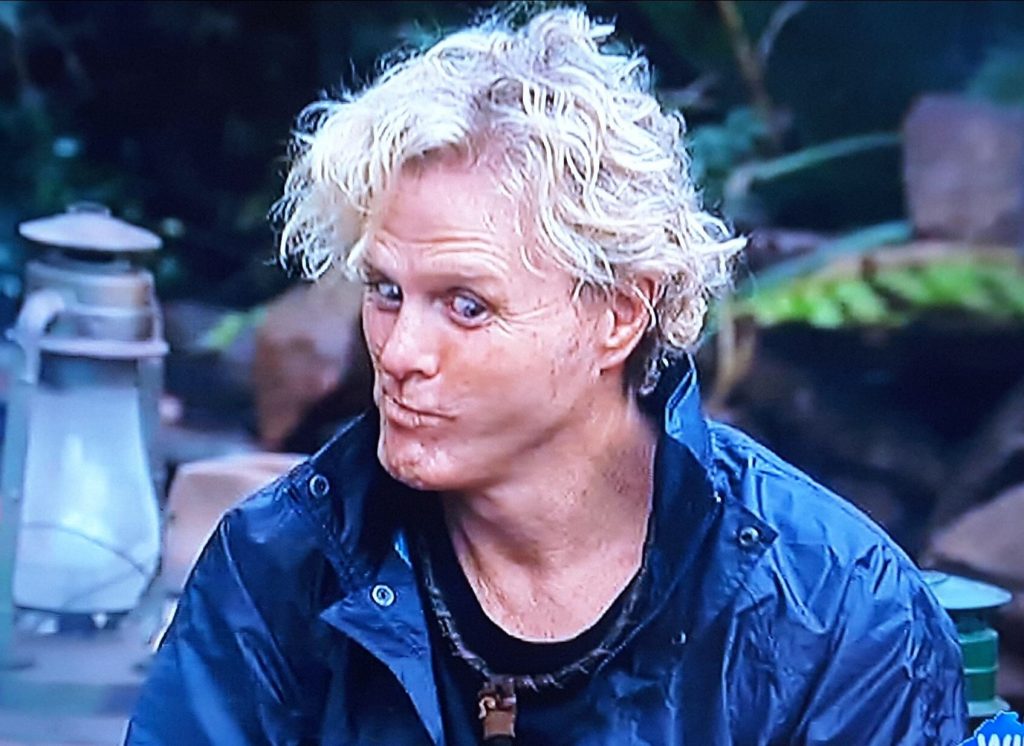 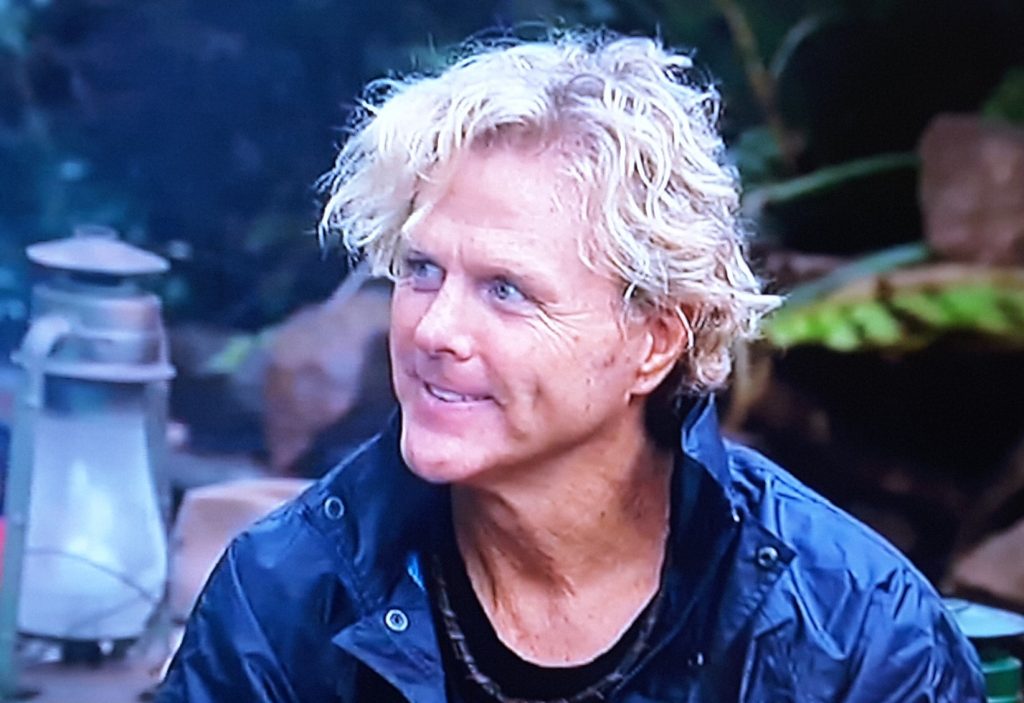 Justin asked, “Mirror, mirror on the wall, who is the fairest of us all?”, then told the mirror that it was just a rhetorical question. Julia and Chris excelled in stupidity. Luke entertained Mr Entertainment, Richard, with an account of the time he was hit on by Lindsay Lohan. I think Luke can do better.
KKL took one look at her dinner, and rang Il Giordino’s for take away. We found out tonight that she enters Iron Man comps, that she comes from a famous movie making family, and that her first movie was with Patrick Swayze. Thanks to Natasha’s probing questions, we also found out that she thought the “Me Too” movement had to happen, but that some women went overboard. Brooke just wants everything to be fair. It was a good interview. Natasha wants to be Brooke’s friend.
Tomorrow night we have another horrible eating trial, and since Katherine couldn’t even get through a reward dinner, she was hoping it wasn’t her. To her relief it will be Shane and Justin.
Oh, and Richard wants KKL’s cosmetic surgeon. Don’t we all. 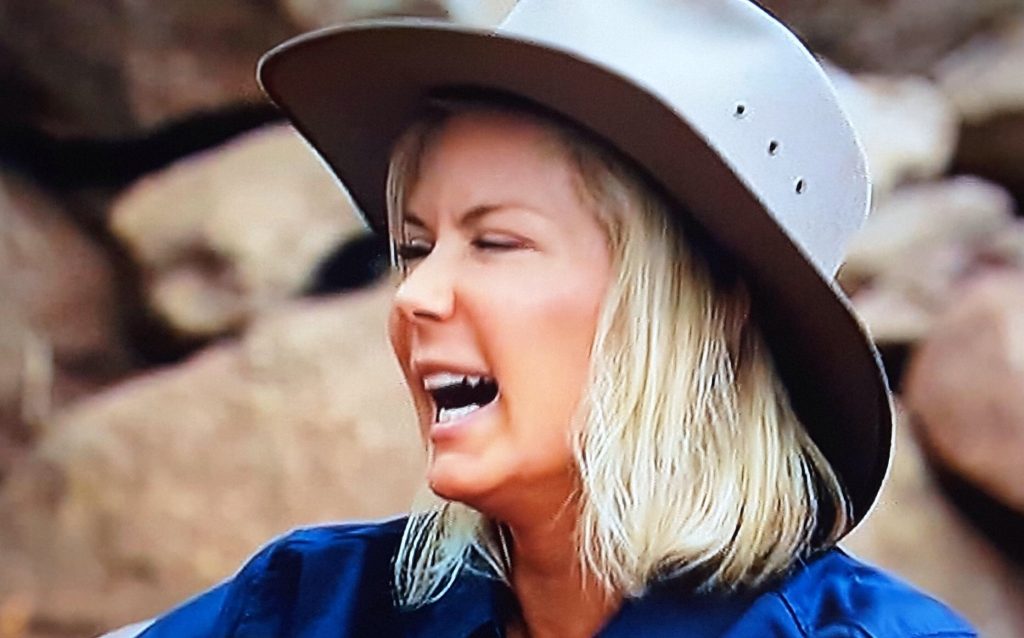