Pointless has screened on UK TV since 2009 and – fun fact – was first pitched with the title Obviously. It’s a fascinating show to watch with someone else so you can try to beat them. Plus, the guy who voices the remake of Danger Mousr is the host, so bonus points.
Ten decided to do an Australian version last year but it has not rated so well and is seemingly teetering on the edge of extinction.
Here, guest recapper Daisy sums up the show’s big win today and puts her case for keeping Pointless. 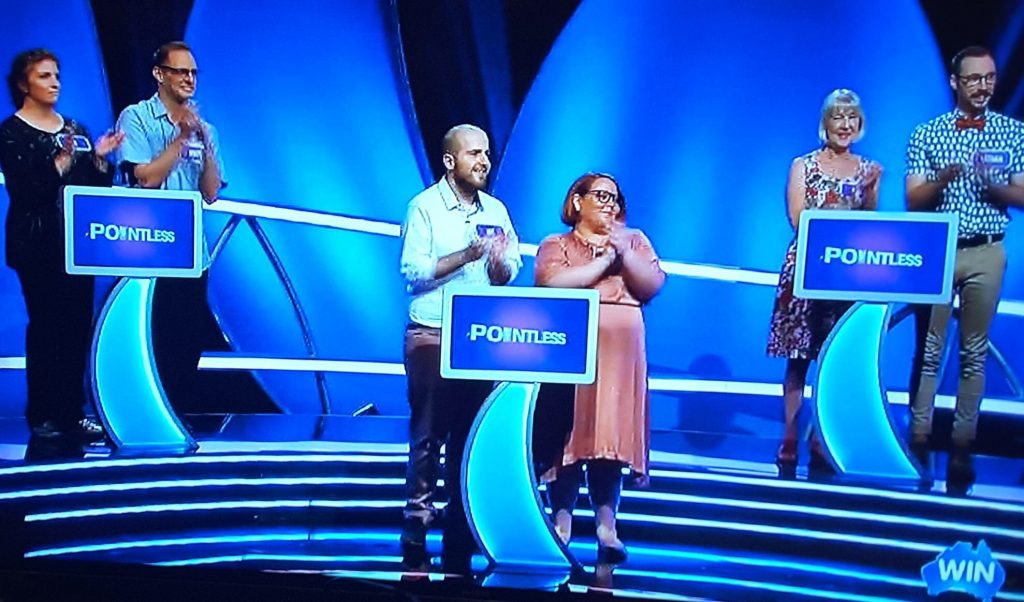 Tonight on Pointless, Mark Humphries deftly spreads his long pianist digits and waves at the big prize of $30,500! And the first round is “Animals starting with B”. Woolif is comfy in his recliner, calling “bilby”, “beaver”, “boa constrictor”. We always record the show and join the TV contestants later, so we can press pause, and cheat. Nathan and Mel are out and now, after the ad break, we go “head to head”. (I’m trying to type but Harry is farting and it really stinks. “Harry!” Woolif puts the dogs out).
I will use the break to tell you why I love Pointless. Firstly, Mark Humphries is a refreshing surprise. I’m usually very picky and critical of tv hosts, but this blond string bean; Charles and Camilla’s love child, schooled at Eton boys’ school, (he correctly says “fewer” not “less”), where he was either head boy, or that kid who got his lunch money stolen and his beautiful tidy hair flushed in the urinal.

Where did this guy spring from? I have never seen him before and I was happy to see the producers didn’t recycle Grant, O’Keeffe or Rove. Mark Humphries has a quirky way of taking the pees out of himself. He has a great partner, in Andrew Rochford and together they toss jokes back and forth, clever ones, and Dad jokes. There are no giant egos here. 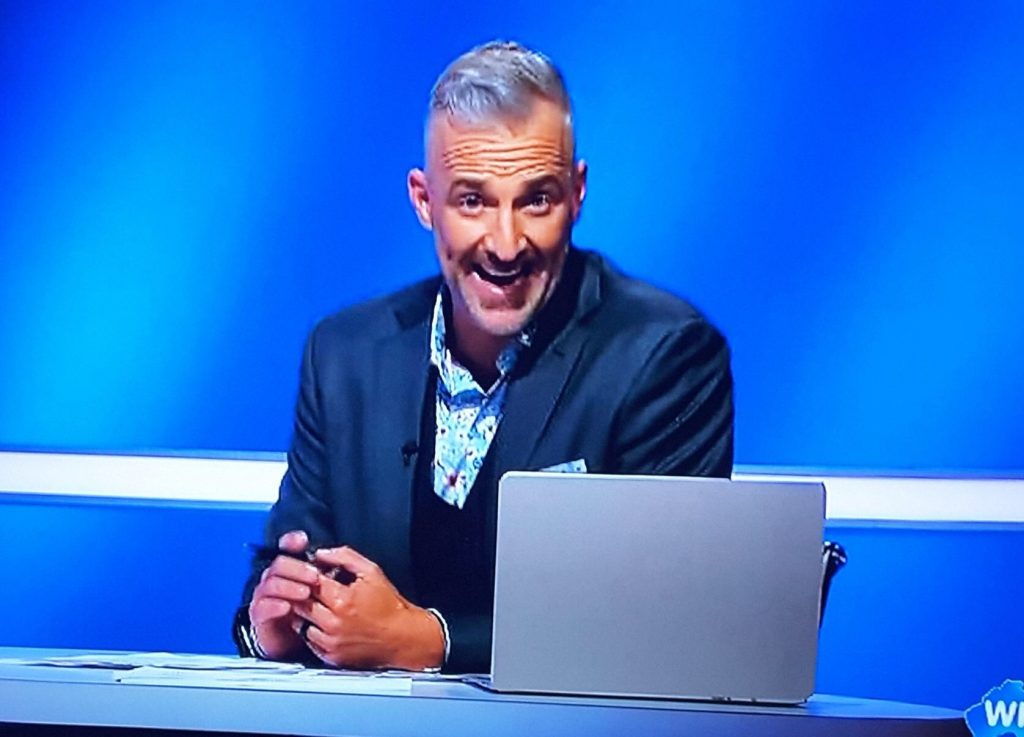 Back to the show, I am now watching Ant and Kate go head to head with Liz and Matt for “fill in the missing letters to name the rapper”. It wasn’t as hard as it sounds. The beauty of this show is being able to sit in your underwear in your lounge room, whilst being as smart as Barry Jones. Matt and Liz got snuffed and now it’s down to Ant and Kate to take out the money.
For the final round Kate and Ant choose State Premiers over Child Classics. There’s a sense of understated excitement leading up to the end. Ant and Kate want to travel. They choose Morris Iemma. And it’s POINTLESS. And Ant and Kate take home $30,500!

After weeks of build up and close calls…the jackpot has finally gone off! Congrats Ant and Kate! 👏👏👏


Now, maybe I haven’t made the show sound great as Woolif and I think it is. Maybe ‘you had to be there’, but I highly recommend you get comfy in your undies, pjs or a trackie, and get with your family and give this addictive show a try. The stars of it are Mark Humphries, Andrew Rochford and YOU as you press pause on the remote to beat the clock and answer the quiz questions.