Tonight we start with Shane. I wonder if producers have chosen their winner and are pushing that person. Am I just being suspicious?
Did I already mention that I will be glad to see the back of Julia and Chris? I thought the same as Natasha; that Brooke getting upset just meant she was serious about being there. That little encore farewell from Brooke was a bad idea.
Angie and Richard have a heart to heart. Angie has only ever been the dropper not the dropee because she doesn’t want to get hurt. (Mmm, what’s harder?) 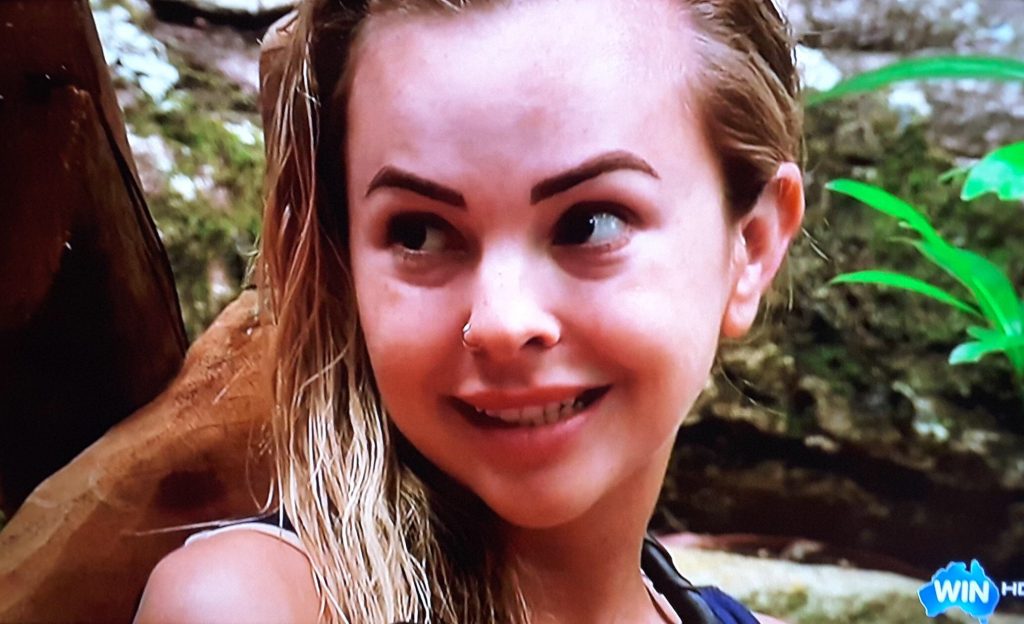 Later, Jethro and Richard amuse us with a little dialogue from New York. I still think Justin is brighter and funnier than we realize and that his Adonis character has been slightly put on for amusement. But whereas Richard and Jethro were running over with words, poor old Shane ran into a verbal dead end. Verbal constipation if you like. 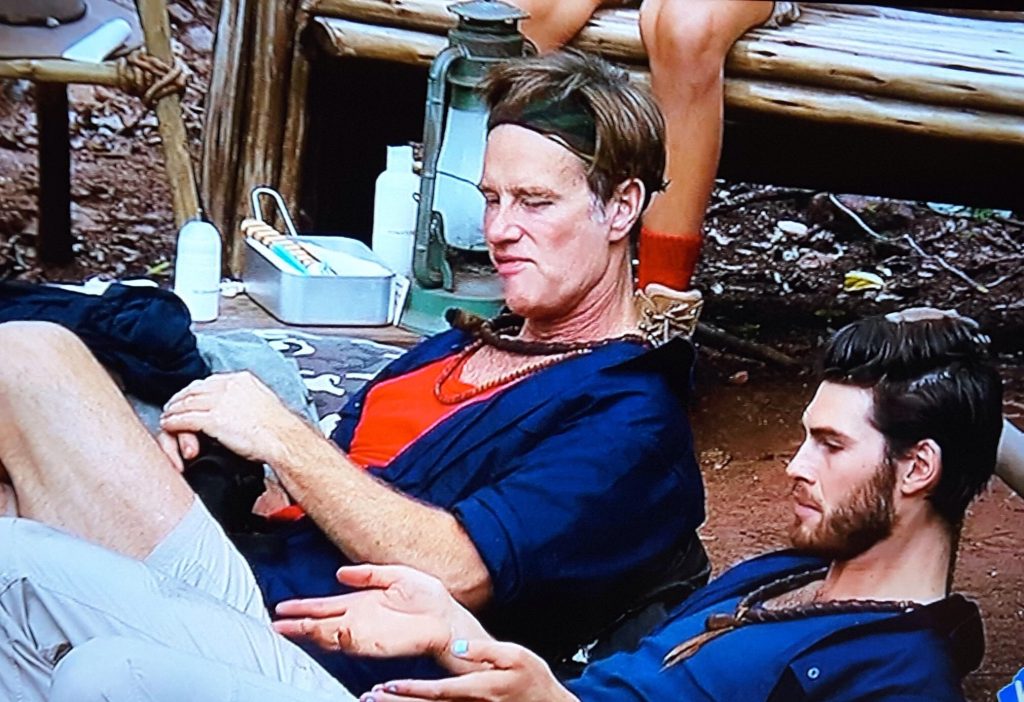 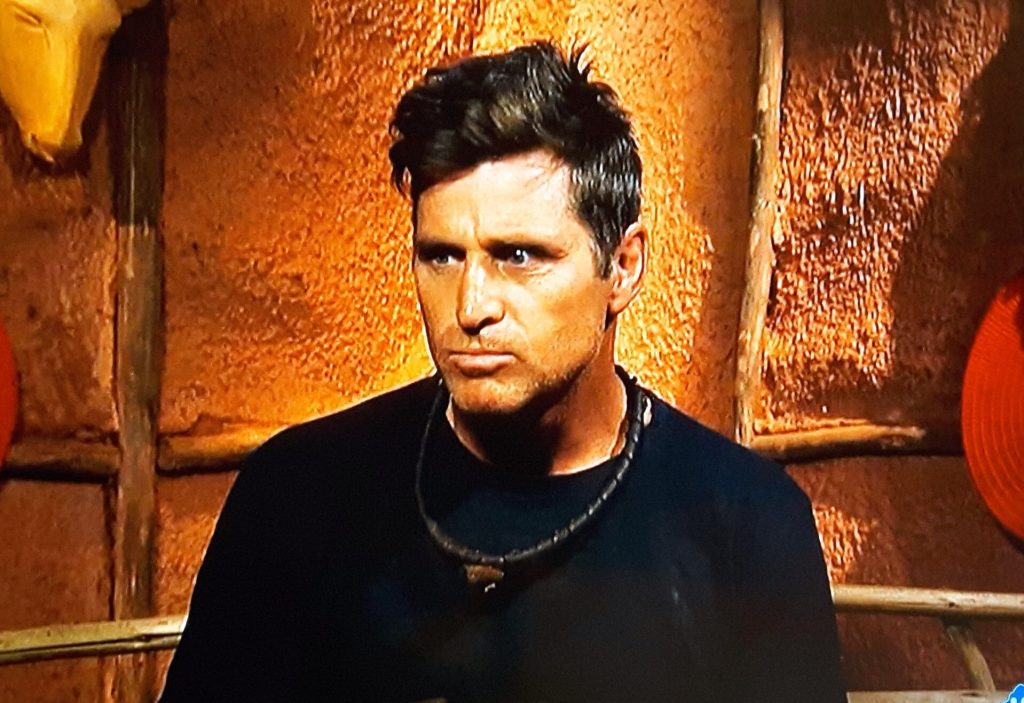 Tucker trial time and Brooke had chosen Luke, Angie and Evie. It’s an eating trial dressed up as an episode of Playschool. They had the usual range of disgusting things to eat, from raw hearts, to raw brains, to impala tongues to a slushy of eye, nose and mouth. 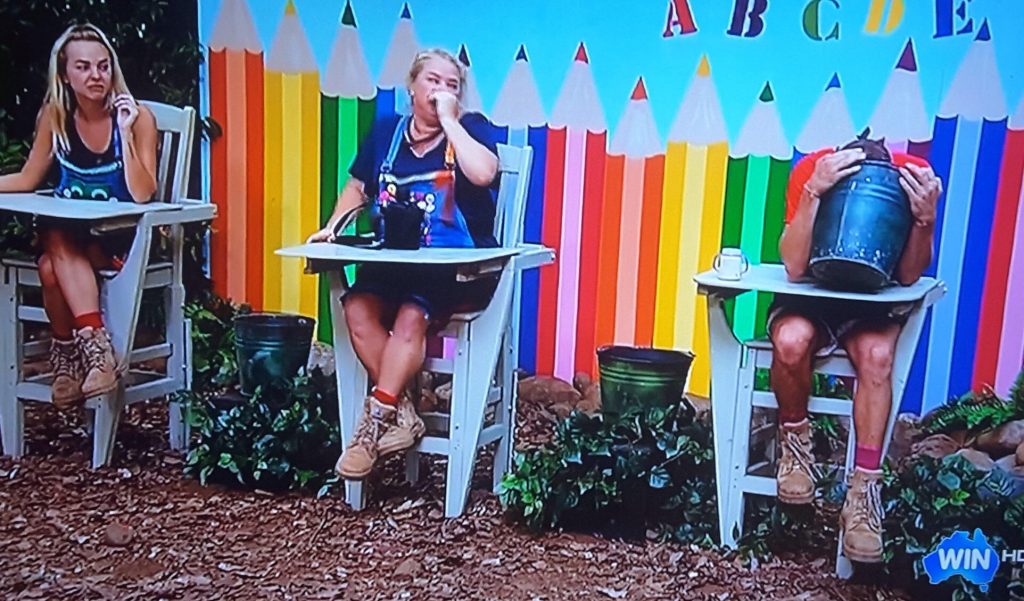 Later Natasha gave some more campside war stories. Always deep. Then Tahir pi**ed off Richard by dicking around and dropping dinner. He managed to recover it though, lucky for him or they might have thrown him on the pan. Then came the choc milk challenge. Justine won a guzzle. 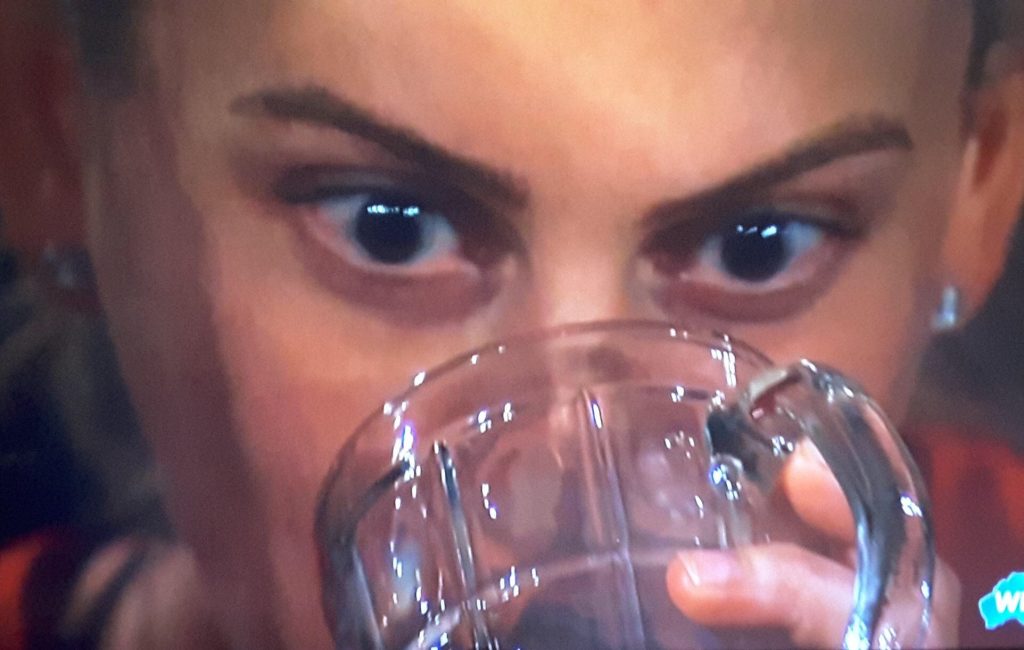 Finally it’s elimination time. No not tok tokky. It’s the bottom three…..Justin, Dermott and Natasha, and the evictee is ….Dermott. 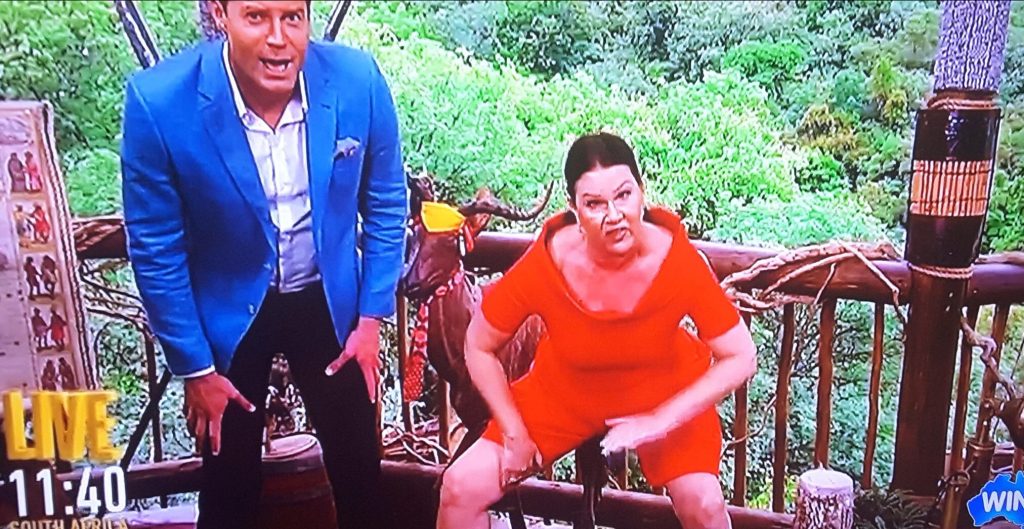