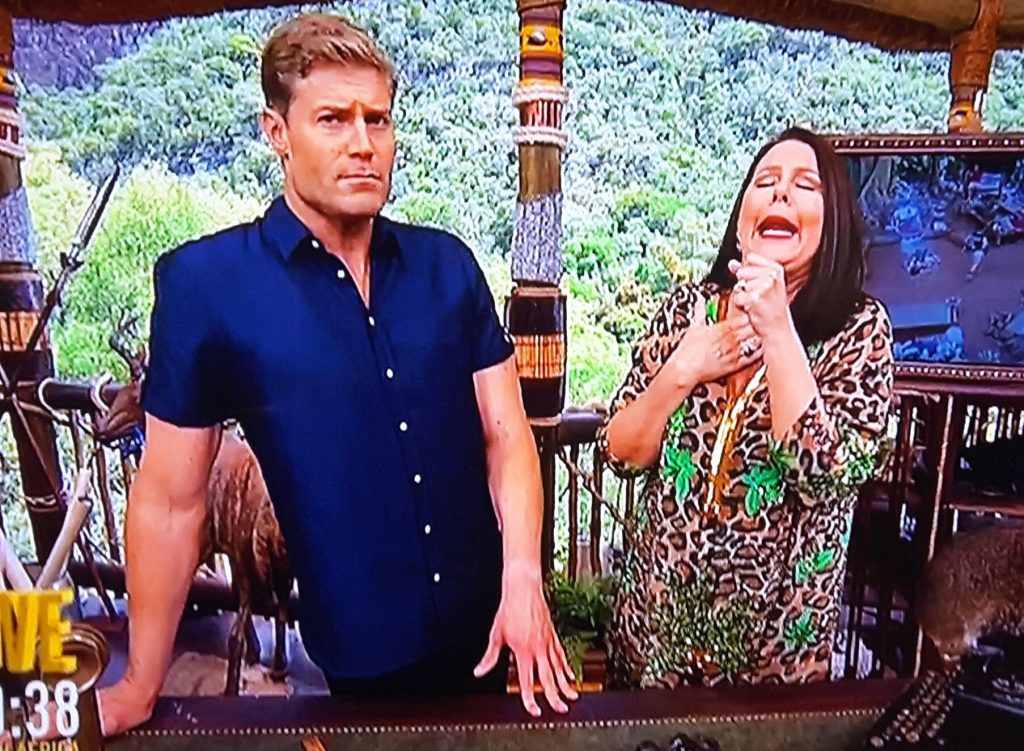 Before you watch another night of jungle antics, check out Daisy’s recap of how the celebs are tracking thus far.
Sadly the end of the season of IAC approaches, which to me is a shame. This is when the show now has the potential to get real, to get interesting. The pretenses can slip as guards come down, celebrities forget the cameras, and we start to see who the biatches are, who are the uplifters and comforters, and what other hidden flaws, foibles and strengths of the campers. It seems we only have about a week to discover more about the campers, but here is what I note so far (others, of course will have a very different perspective so feel free to make your own list): 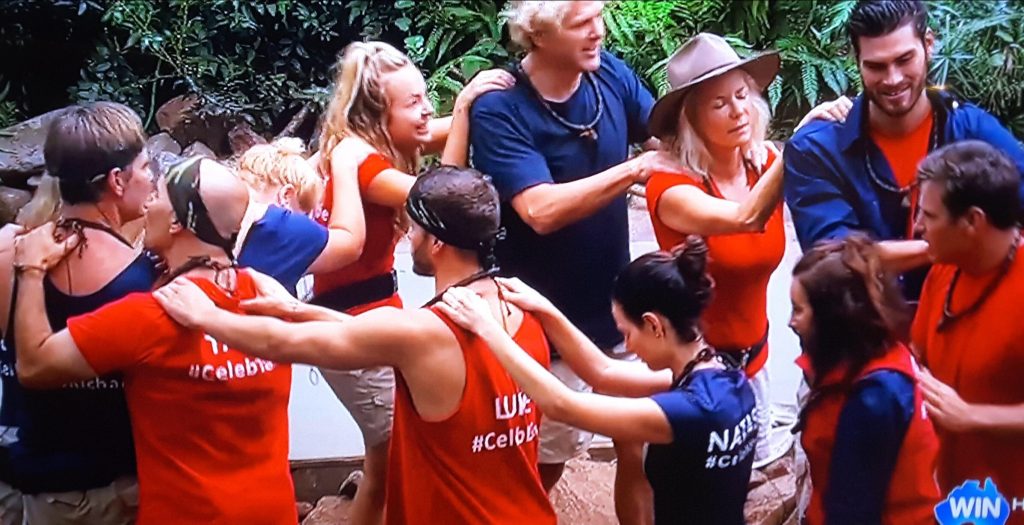 Justin: is popular with viewers, says what he thinks without thinking, is like a fourteen year old, seems kind to others. I have noted how he helped Jacquie and put his arm around someone to encourage and comfort. I like Justin. He’s a doofus.
Dermott: not much I can say about Dermott because I haven’t seen many dimensions of him. An ageing lad, perhaps. He has been a big shot in the past, and a bad boy. Dermott is all Y chromosome. Kudos to Dermott that he has been authentic.
Richard: certainly reigned in his inner bitch. He probably saw how nasty he was on Celebrity Apprentice and wasn’t going to make that mistake again. Richard has been fun, funny and supportive of other campers. He has been a bit intimidated by too much of the Big Shot Boys running the camp. Richard is interesting to watch because in him you do get the proverbial onion; lots of layers.
Jacquie: it’s hard for me to figure her out. She has strength, honesty and wit which are characteristics I admire. She is bloody fearless. But I wonder about her brashness and her inability to gel socially with the rest of the camp. I haven’t seen her being able to form any friendships.
Shane: boring. He has had way to many digs at Dermott for it not to be passive aggressive behaviour. He is the younger male stag who entered the forest to fight the head stag and establish his own superiority.
Luke: just cute. The fact that Angie and Richard both had him on their “friendliest, most talkative” lists, says that Luke is a very open, friendly type. Very likeable. 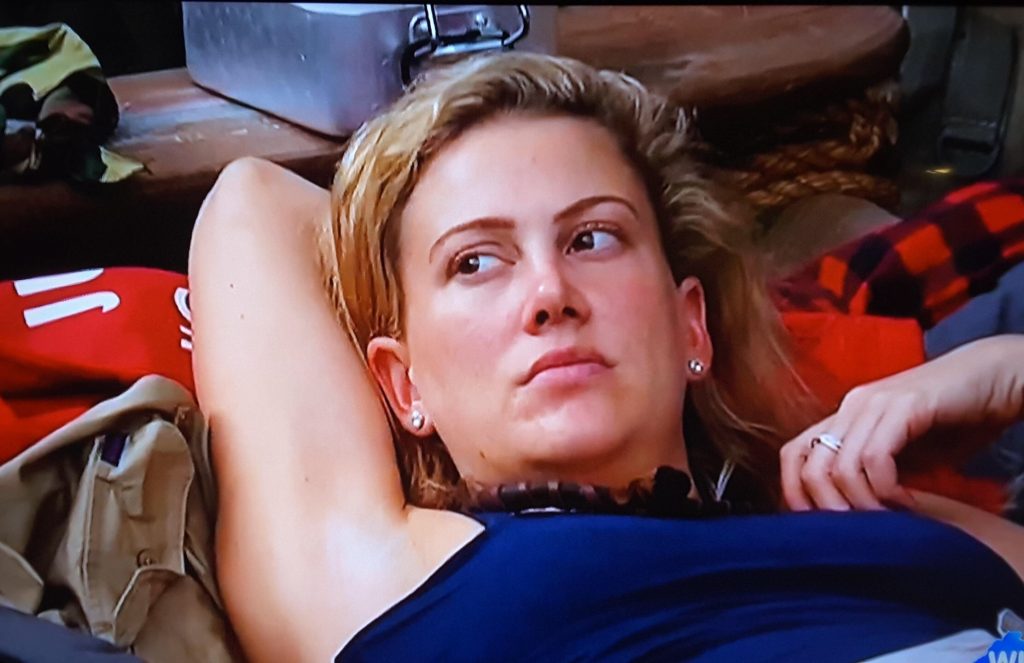 Justine: like Luke, she was on Angie and Luke’s “most likeable” lists, and you aren’t going to get camera time for that. So I am assuming Justine is a nice person. Also, I like her manner when she says things like, “not the circle game”. I would be with her on that. 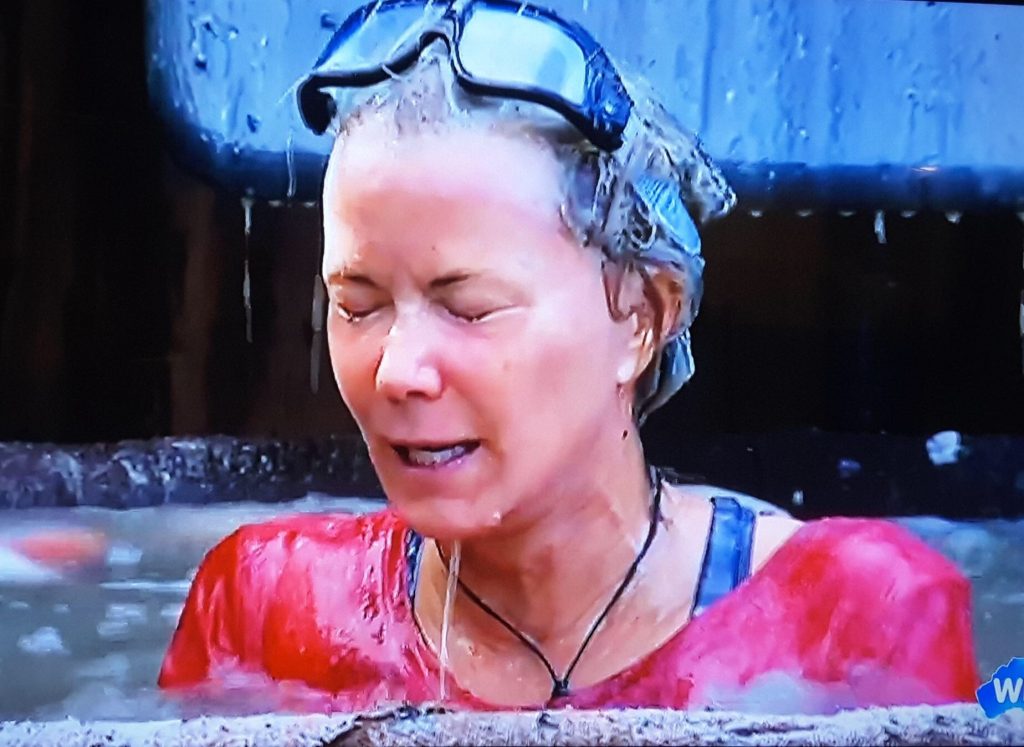 Brooke: newcomer Brooke hasn’t had time to fully let her guard down yet. I think she is still protecting her image. She looks good for 57 but I see hints of an eccentric cat lady in her hyper-reactions to surprises.
Yvie: fun, funny and a good sport. Seems genuinely nice.
Angie: socially adept, able to get along with the different personalities. Has tended to box Justin in with simplistic political labels, rather than for who he is as a person. We need to see more of Angie.
Natasha: smart, open to others and interested in them, witty and insightful. Very nice.
Tahir: a good bloke. He has been light-hearted and has looked out for others. I doubt he will win just by being nice.
If I have forgotten anyone, then I doubt that person will win. But who will win? It’s hard to say. I think we might see Evie and Justin in the top 3, and based on past seasons, Shane, just for being a football player.

Feel free to do your own list. You might see it totally differently because we all stand in different places and get different views. Who do you think will win? Who do you want to win?
I hope it’s Justin. Is anyone bothering to vote? I confess I don’t.