Show Me The Movie launched last year – it’s like Spicks and Specks but about movies instead of music. And not as good.
Rove and Joel Creasy are back but the talented Zara from Offspring (Jane Harber) has been replaced by Brooke Satchwell.
Over to Daisy for her “nightcap” recap:
Daisy’s nightcap:
When I first saw the preview for Show Me the Movie, I thought “Rove McManus and Joel Creasy; nah”. Also the preview was awfully lame, but when I found out that Mark Humphries from Pointless was a guest, I thought I would give it a go, just tonight. 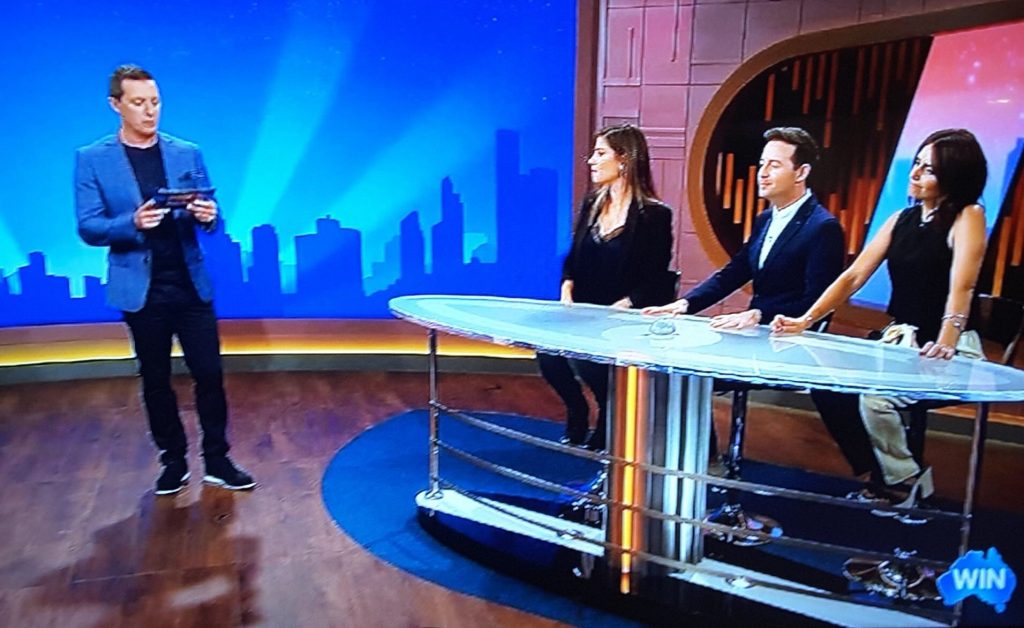 So what we have here is a quiz show based on movies, obviously. There was a panel of three celebrities on each side, with Rove as host. The format offered up a variety of question styles, the way that Spicks and Specks and Talkin’ Bout Your Generation did, but with more of an air of desperation. 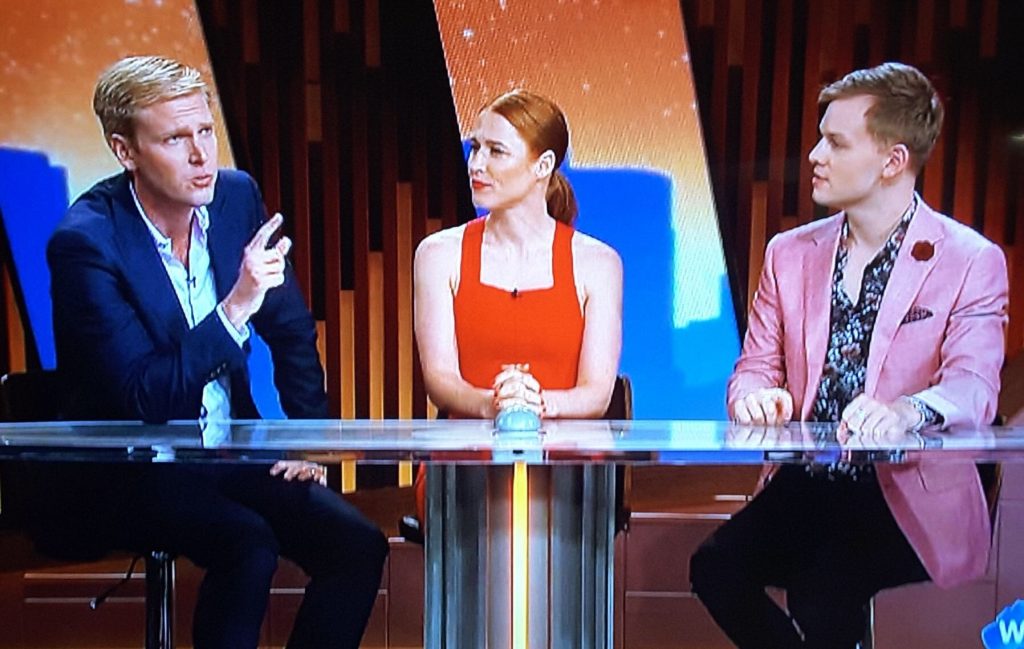 For me it was a 1 star because the production was as slick as a show on Australian tv in the 60s. I couldn’t get past my dislike of Joel Creasy and his attempts at 1 dimensional camp humour, and I found the rest of the cast pretty average. I’m still a Mark Humpbries fan, although I prefer him hosting rather than trying to compete for camera time with 6 not-so funny people. 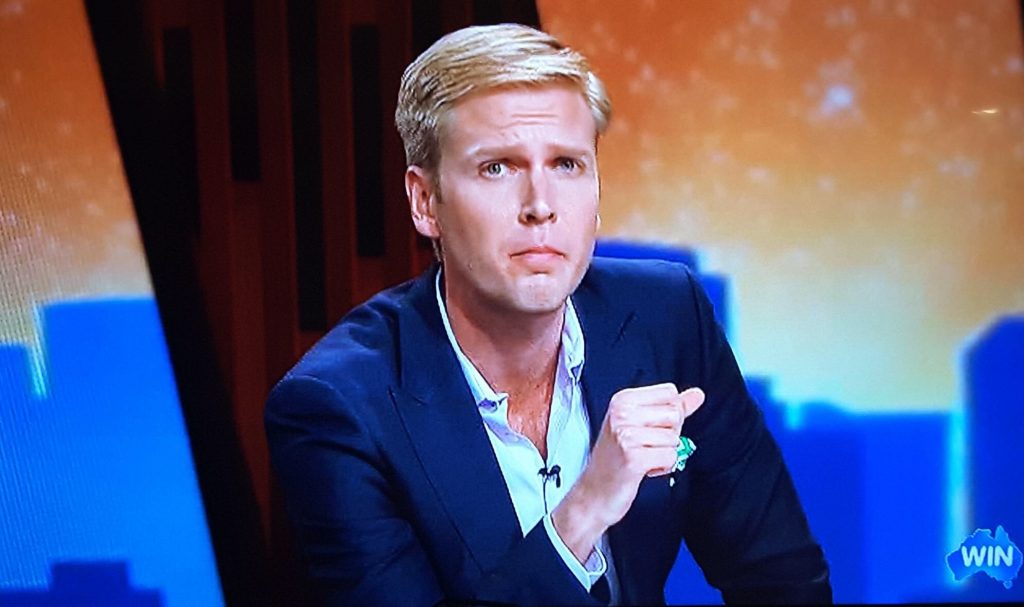 But that was my take. QI it ain’t. It might improve with time, or get dumped. I hope that some of you enjoyed it, but I won’t be watching again.
Let me know what you thought of it.