Here’s a new general chat thread with Bobi (thanks – Juz).

See what I did there? Double entendre. I am so hilarious I amaze myself.

It’s a Public Holiday here, Reconciliation Day, and I am confined to the house. The weather is freezing, the wind is off the snow, it is squally, and the dogs and I are wrapped in blankets and steeped in misery.

I should say that I am happy about Reconciliation Day – I am all for harmony – and I would rather this Public Holiday than the Queen’s Birthday long weekend as it isn’t even her birthday, and she’s not here, and she doesn’t care … and nor do we.
In an effort to stay relevant, and I am bored, I thought that I would update the Chat.

Before I start, just a reminder to clicks on the ads. At least twice. Our objective should be to turn Juz into a thousandaire so she can quit her job and do this full-time. (Aww thanks – I do appreciate the clicks as they cover the web hosting – Juz)

Can we still avoid discussing the election itself because it’s still a bit raw for some people (it was only a week ago and so nasty), but expand the breadth of our political topics? Here’s my new list of inclusions:

. Anything overseas – like Trump or La Penn. How grateful should we be to live here?
. Barnaby Joyce – Seriously, voting public. What does it take? You had no other option?
. The token women in the new Cabinet. That was a tough ask for the PM. No, wait; it’s not tokenism. It’s all based on merit. fftt
. And how Peter Dutton looks even more scary now that he’s a smug thumb.

Speaking of political, did you hear that they want to replace the Numbat with the Quokka as the emblem for WA? What is going on here? Numbat = cute. Quokka = cute. There are no winners here. Stop it. 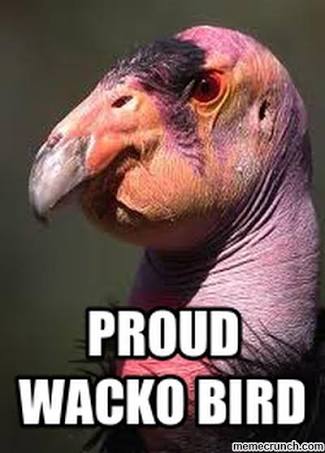 Here’s my nomination. Actually, I just wanted to use this photo. Let’s keep the Numbat. They were here first and seem to be more useful. Controversy, anyone?

So, television, because I have no life in winter.

I have been watching State of the Union (ABC). It’s charming. Rosamund Pike and Chris O’Dowd. The best thing about it is that each episode is 10 minutes long so it is sharp and plays well. It has been listed as a comedy. What’s that squeaky noise you make when you’re not terribly sure?

I’ve also been watching Sammy J (ABC). At least he has the decency to call his stuff a “satire”.

Shakespeare and Hathaway (ABC) Season 2 is returning this weekend. I enjoyed Season 1. It’s comfortable, like, you know, in an old people’s home, undisturbing, predictable kind of way. Have I sold it to you yet? It’s a great anti-dote for Shetland which is bleak and grim. The last episode of that one left me with nightmares about being buried alive. I can’t wait for next week.

For those of you who like podcasts, I’ve discovered The Great Detectives of Old Time Radio. Just blissful. My favourite is Johnny Dollar. It doesn’t get much better than this. Who needs moving pictures to appreciate good acting and thin plot lines.

And just in case you think that I’m only about the ABC and MasterChef, I am in the middle of watching Rim of the World, a children’s movie on Netflix. Not too childish (the body count is high) but reminiscent of Jurassic Park, War of the Worlds and Independence Day, all rolled together. With little people. Most enjoyable. I am assuming that the children live. It would be a bummer if they didn’t.