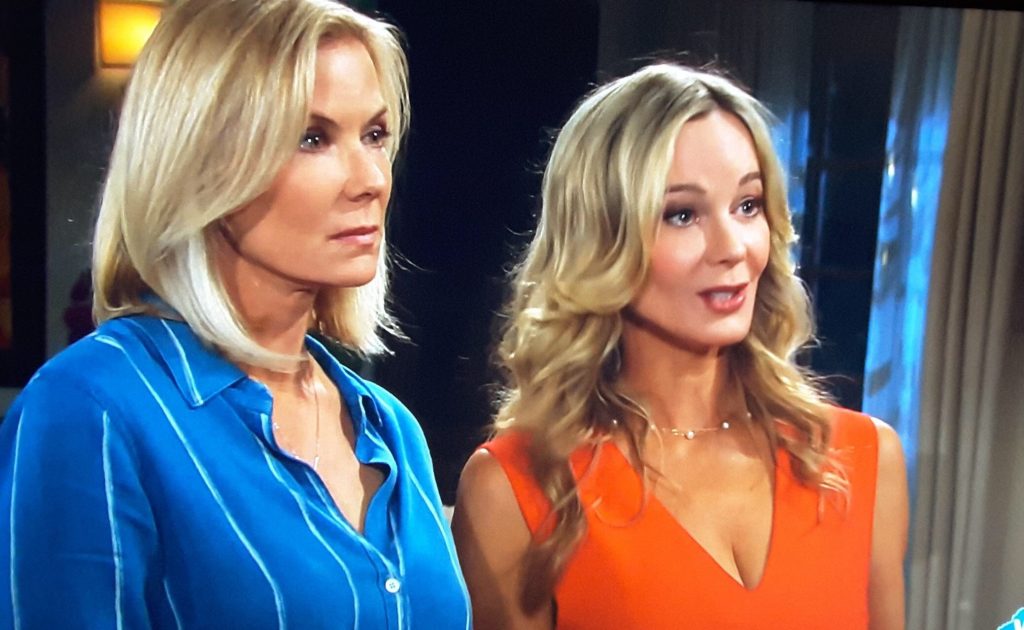 Oh dear. We had such high hopes for justice. We had expected the baby theft plot would, as they say on Dr Phil, by now have had closure and we could have moved on to the next fiasco. But no, Dr Hooks is back in England putting babies from China on the black market. Zoe is living under a cloud of secrecy that is driving a wedge between her and her Z boyfriend. And Flo and Shauna are getting deeper and deeper into the doggie poo. Will June be the month that sees poor little Phoebeth returned to Hope and Liam? She is going to be one messed up, and traumatized kid. Yes, as Dave puts it, it’s been Groundhog Day after Groundhog Day, waiting for Hope to discover the awful truth.

In the meantime, Shauna and Flo have a new address, and will be slothing around Eric’s home in their pjs, farting, and eating toast with their feet on his coffee table. No wait. It’s not a pommie show. They will be sexily dressed 24/7 while Eric pretends not to be aroused. Shauna the Black Sheep will soon be causing problems for Quinn.

Wipes earned himself a downgrade and is now called Flubber. But Porkbelly will also do. He dumped Sally so he could get it on with Flo, but he pretended that the reason was Sally keeping secrets. Thomas is so crazy, evil that he should enter every scene with a “Bwaah aah aaaah”.
Bill has set his sights on reuniting with Katy, or is that rerereuniting? Brooke has taken a step back from seducing Bill (no doubt a temporary move), and has taken on the role of advisor. She and Donna have been pushing for the reunion of Katy and Bill, offering advice and encouragement, although they couldn’t agree with Katy’s plan to send Shauna over to seduce Bill in a honeytrap that would prove, or disprove if Bill’s love for Katy was a genuine as his tan. Will Bill find out about the trap and turn it back on Katy by letting Shauna see his boules collection? And does Bill even play boules?
Sadly, I will be leaving in a week, so I will probably miss out on seeing Hope get to the altar with Thomas, only to have Flo rush in with the truth. That’s just a guess. I will have to rely on ttvers here to be my eyes and ears. I know you will keep me amused and enlightened.
Cheers.
Get Outlook for Android