Over to Daisy to catch us up on I’m a Celebrity – thank you!

No surprises on who was left with no names on his dance card last week. It seemed Dilruk tried his best, but he wasn’t funny, interesting, loud enough, or crushing on another camper. I am guessing he also may not have already had a huge following. The last three were Dilruk, Erin and Dale. I was surprised Erin was there. She’s not loud or extroverted, but she can crack a good joke with a straight face. She has a great friendship with Ronda and made an outstanding minion, or slave. 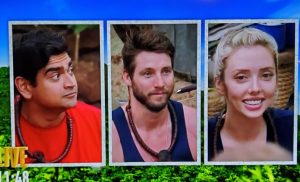 Last week we saw Tom face his greatest fear, phobia, to be precise: snakes. After that he seemed kind of glassy-eyed and loopy which made him more endearing and appealing imo. He innocently, and gullibly, is in awe of psychics. Cosentino, who by the way seems really nice, tried to demonstrate to him that not everything is to be believed. Instead, Tom was left even more astounded that there are mystical powers. 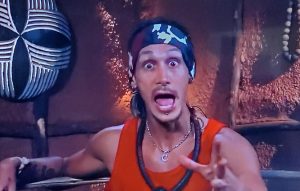 Rhonda is weird and funny. She hasn’t been brilliant at trials but is going really well as a camper. She was shocking the younger ones with her 70s tales. I couldn’t help thinking she should have returned that green Triumph. 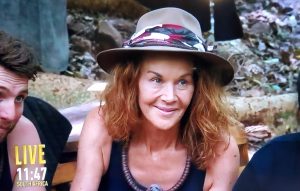 Myf seems a sweetie. She’s a slow burn in the camp. Not much I can say about her because she is more listener than speaker.

Charlotte made a beeline for Ryan in week one, telling Tanya she had a crush and then hopping into bed with him, but last week she did a “bait and switch”, crying over not being ready to move on from her previous boyfriend who could, according to Charlotte herself, only bare to kiss her once a day. I noticed a few times, when the camera was on the group, that Charlotte burst into a jumpy dance around the group. She’s working hard for the camera attention. And fair enough, I suppose. It’s her job. As is talking about herself alot. 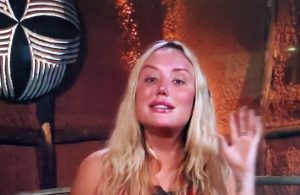 I am liking Billy Brownless. He comes across as authentic. His co-footy camper Daisy (how dare he steal my name) has less life experience under his belt so is taking a back pew to Billy’s stories. He had a few stories of his own.

Tanya is a good sport. She and Cosentino made a good connection and gave it their all when they had to jump into and roll around in all kinds of horrendous goop. 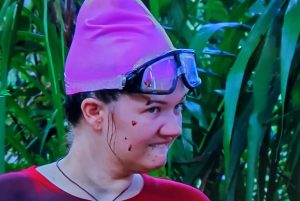 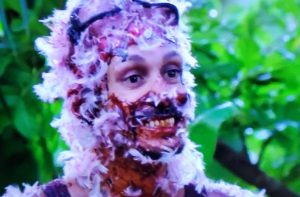 Miguel has continued to be a ball of energy, and a valued chef. He can turn a pigeon into a fabulous pigeon soufflé that feeds 12. Well, not quite, but he keeps their mouths watering.

Overall it’s a good group. Aside from the blue between Ryan and Tanya over socks, there has been no fighting or passive aggressive bullying so far this year. The only meltdowns (if you don’t count Tom) have come from Nikki, which is understandable as she is a mum, missing her son.

Anyhow, I will leave it there, in anticipation that this coming week, we will see some of the layers of the campers’ personalities peel back as it becomes harder for them to keep up any pretenses. Here’s hoping that those Australians who pick up their phones and vote, choose well for those of us who just sit and watch.

BREAKING NEWS
Perez Hilton is the gossip guru going into the jungle. 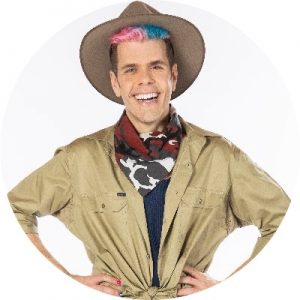