Just a brief recap from me tonight, gice. Make sure you check out Rosie Waterland’s hilarious recaps on her Facebook page or at mamamia.com.au

The single date goes to Megan, the WA blondie who we know from recent news stories was a brunette when she got married at 18 and divorced at 22, and had what she said was a sheltered upbringing due to being raised in a strict church family (I’m thinking Mormons).
She and Richie are going to dangle off a cliff in some chair and crane contraption, but it’s ok – they’re wearing matching safety chambray shirts. I love how all the Bachies and contestants talk as though the Bachies arrange the dates themselves.

"I reassured her that I had my arm safely around her, she wasn't going to fall." 😍 #TheBachelorAU pic.twitter.com/mn9OhFuBNL

Back at the house the group date card arrives and Mean Girl Rachael is not happy to get an invite because she doesn’t like sharing. White rose holder Alex is on there, too, as are Nikki who flashed everyone in the shiny green dress last week, feisty Russian Sasha, Keira, the elegant yet unknown Marja (there’s an article about her acting career here, Cinderella Janey, model Kiki, Tolyna, Bacon Girl, Planker Tiffany and Sophie, who’s had the least airtime after perhaps Tolyna and Marja.
On the single date, Richie and Megan move from a couch over the ocean to a couch in some tropical Asian-style villa. Megan says some deeper than usual, intense things about wanting a partner who shows graciousness to others. It’s enough to make Richie pull out a rose on the spot. Then he leans in for a kiss and – uh – she turns the cheek. Afterwards there’s awkward laughter from both of them and they both know what happened. But then they chat some more about how they both love nature and the pash is on. “That was really nice – nice kiss,” he tells her.
The group date starts and they’re going roller derbying. Rachael is very inappropriately dressed in a biker jacket and a black felt floppy hat.

Keira tells the camera: “I’m a princess, I do yoga. I like things that are more relaxed and chilled, like, this is hectic – I’m gonna get a real shock.”
A real roller derby team comes out to show them the ropes and some of the contestants are obviously clueless about how tough the sport is. Osher explains the winning team gets to go to a VIP street party with Richie. What does this mean? They’re going to the alley behind the roller rink to sink a few coldies?
The girls are now all dressed the same in teeny tops and shorts, so it makes it even harder to tell some of the blondes apart. But then Richie reveals the twist: they’re going to be wearing sumo suits. He looks super puppy dog excited to be wearing his.

I reckon Bacon Girl and Tolyna won’t be afraid to jab a few elbows in.
Keira thinks girls just pretend to like sport. She’s soon flat on her back on the floor, kicking like a sprayed cockroach. And then actually does a good job when it’s her turn. Not a lot else happens, until Tolyna breezes past the competition to win victory for blues.
Red Keira is just glad it’s all over, and tells the camera, cracking up: “Some of the girls were like: This is the best fun I’ve ever had. And I was like: Who are you? What do you do outside of this?” Good call, Keira. Roller derbying in a sumo suit ain’t my idea of a fun date.
Turns out the street party is another part of the roller rink set up with party lights, couches made out of milk crates and a few retro food trucks. It gives Richie the chance to have some speed dates, where he finds out Cinderella Janey isn’t competitive.

Tiffany is worried she’s going to spew at every rose ceremony and Tolyna has super intense eyes but isn’t good at Bachie sound bytes. It’s super awkward but at least she’s upfront about not wanting kids yet.
Before the rose ceremony, the girls are speculating whether Alex will use the white rose. Of course she will! Sophie gets a bit of air time and she’s barely recognisable in a different hairdo, but she seems to have the lowdown on the Richie and Megan kissing action. “Yuk – I don’t want sloppy seconds,” blurts Keira sporting a bizarre caterpillar-like mega earring.
Megan returns from a chat with Richie to discover everyone now knows they kissed. “It’s stupid – you can kiss whoever the bleep you want,” Marja tells her.
Alex apparently promised not to use the white rose but Richie whisks her off to their hideaway anyway. There’s a lot of talk among the girls about etiquette. Rachael tells the camera they’re not in high school and are adults, then says: “We’re pissed off.” Yep, good adulting, Rachael.

The white rose is the gift that keeps on giving… to some. #TheBachelorAU pic.twitter.com/GI0Ke1XtPN

Hardly any air time tonight for the ravishing Olena or white-haired Nikki – or the loopy singer lady or brunette Georgia or Faith – but they are no doubt safe.
Osher delivers the sad news that three girls will be taken out the back and shot tonight.
Richie gives the last rose to Eliza, the singer, so Tiffany the Planker is going home – but we don’t really know why – along with Janey and Tolyna.
Sasha weeps buckets of tears for Tolyna. 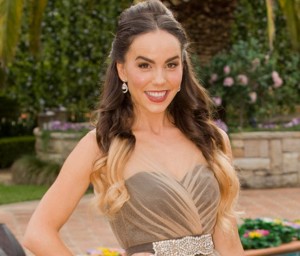 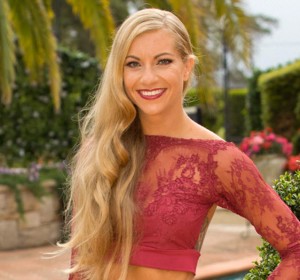 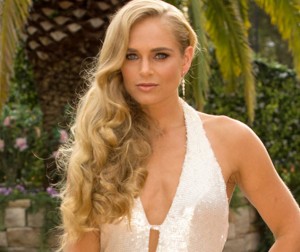 Tomorrow night
Faith plays water polo with Richie, using her boobs to try and drown him, while Keira goes on a group date but then seems to get alone time with Richie while wearing an over-the-top ballgown.